We went to Disney world in march this year during spring break and queues for attractions were long. Looking at going again 2015, can’t decide whether to go 1st March for 2 weeks or 12th April after Easter. Which time is better for shorter queues. 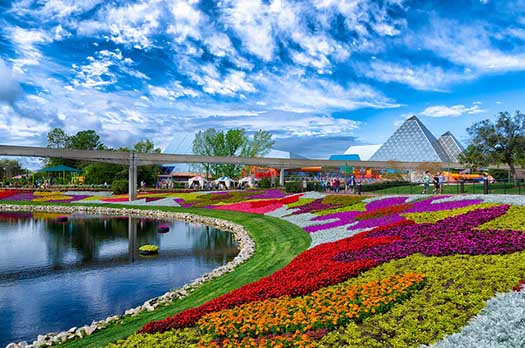 Wow, that’s a good question. When is better, before Spring Break or after Easter? It’s almost a tie, but …

Let’s look at some visual aids, or as Dad calls them, Crowd Calendars. If you look at Dad’s March Calendar you’ll see it’s pretty blue and green (good colors) the first week. The last week of April/first week of May is another week of green and blue (good colors).

Either week, you’ll get to see the International Flower and Garden Festival although it doesn’t start until the 5th of March. In March you’ll also see Spring Training (if you like baseball).

If you’re in to running, the Expedition Everest Challenge is May 4th. That will bump up the crowds a bit over the weekend (hence the red first weekend of May).

Looking at the day by day crowd levels at Touringplans.com, you’ll see that the end of April/first of May is probably a bit better than the first part of March. Either way if you stay 2 weeks you’ll probably encounter some crowds.

Sharon, there are good reasons to try both times, but I think I’d try the later date (if it’s after the 27th of April).