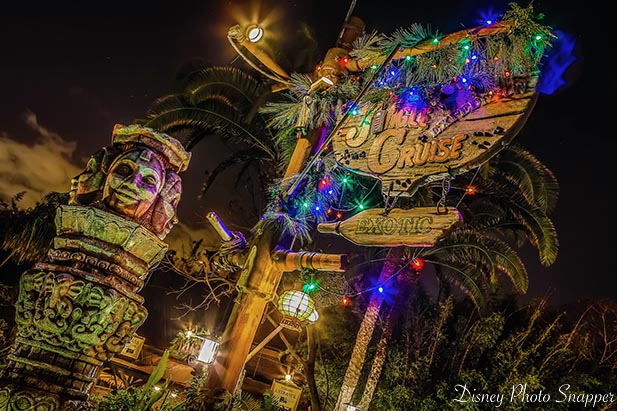 Oh and the Jungle Cruise becomes… – Photo by Brett Svenson

How does that compare to Memorial Day? Memorial Day crowds are fairly moderate. The last couple of years they’ve been moderate, to edging up towards heavy. But typically the crowds are moderate. I mean, this year they were a little bit out of control because of Pandora opening over the weekend, Memorial Day weekend. But last year, if you were there last year, you probably saw moderate to maybe heavy crowds. That will be what it’s like the first few days, Sunday, Monday, Tuesday, Wednesday. Thursday you’ll see it go up to heavy. Friday you’ll see it go… Friday, Saturday it will start getting crazy.

For the first few days it will be roughly equivalent to Memorial Day, but then as the week progresses it will get a little crazy.