Hi. Dad here with Dad’s Tip of the Week. 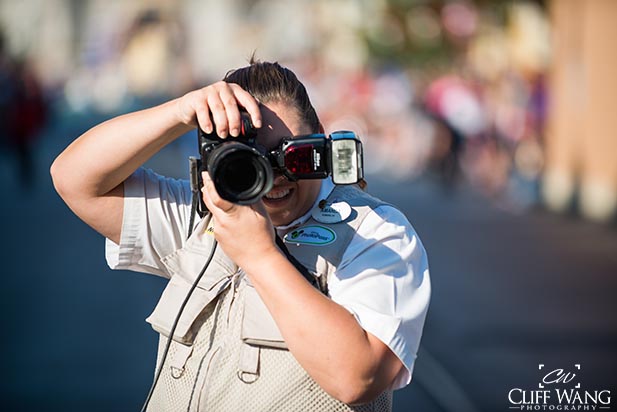 Here’s a PhotoPass photographer at work – Photo by Cliff Wang 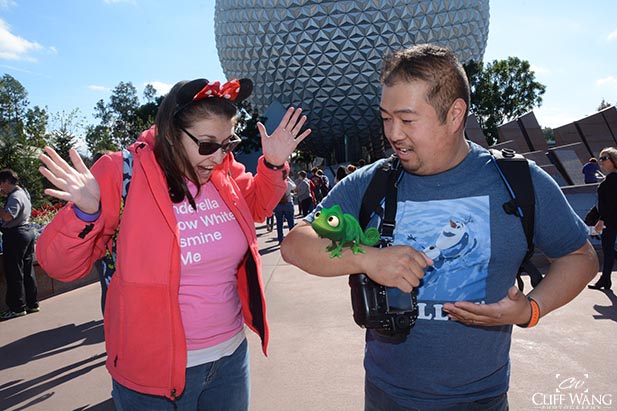 Oh, and it includes Magic Shots like this – Photo by Photopass photographer of Cliff and Ashley

Okay. When you buy Memory Maker you get all of these photos that you would get through PhotoPass, but you get them all together and you can download them onto your computer. You can share it. You can share Memory Maker with your whole family, like The-Man Child and his Southern Belle and the Princess and her Prince Charming and Mrs. Mom and I when we all went a few years ago.

We were all able to download the pictures to our computers. We can take them to anywhere we want and print them off. We don’t have to get Disney’s slightly overpriced pictures. (Everything Disney does is slightly overpriced.) But we can go anywhere we want. We can print them off on our printers. We can just keep them. We can make them wallpapers on our computers.

PhotoPass, is for when you want to buy individual pictures. When you want to get your picture made at Disney World, just buy one or two pictures, that’s when you use PhotoPass.

When you want to get a whole bunch of the whole week or the whole time you’re at Disney World, you’re going to have a bunch of people together, that’s when you use Memory Maker. That’s the difference between PhotoPass and Memory Maker.