“How busy is the Halloween party typically on the first night? Just by chance that is our last night there and we’re wondering if it’s worth it to change our schedule around.” 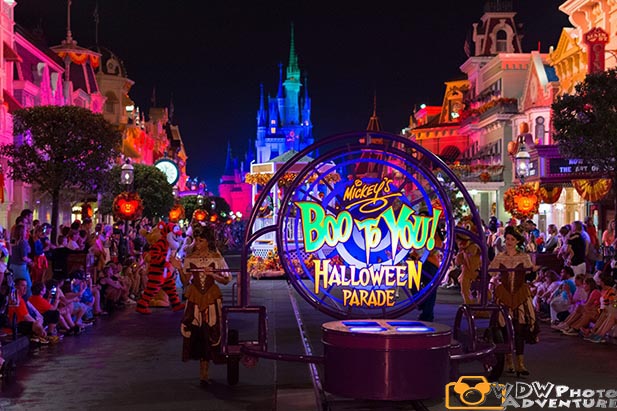 The Boo to You Parade is GREAT! – Photo by Wayne Wood

You don’t really think about Halloween in August. October, yes, but not August, that’s a long time away.

I will say, even if they do sell out it won’t be bad. We went to a sold out party the last time we went. It was the Halloween party. We walked on Jungle Cruise. We walked on Buzz Lightyear. No lines at all. That’s pretty typical of all the parties. The ride lines are really short and get shorter as the night goes on.

So, would I make a change in my plans? I absolutely would. If you want to see Mickey’s Not-So-Scary Halloween Party, great time to go. Great time to go whether it sells out or not.