“Hi Disney Dad! This year on August 20th Disney is offering both Early Morning Magic and Mickey’s Not So Scary Halloween Party. Which one is better than the other?

I am struggling between getting to the park early and then being ushered out at 6 or coming at the normal time and staying super late (with either option we would have the MK park admission). No kids here – just 2 adults. I don’t think it would make sense financially or from an exhaustion standpoint to do both. Which one?! Help! They’re both the same price for that date.

That’s a really good question lets see if we can get you a good answer.

First off, let me say, there is no wrong answer here. Both Early Morning Magic and Mickey’s Not So Scary Halloween Party are great experiences. The main thing is which experience is more what you are looking for. 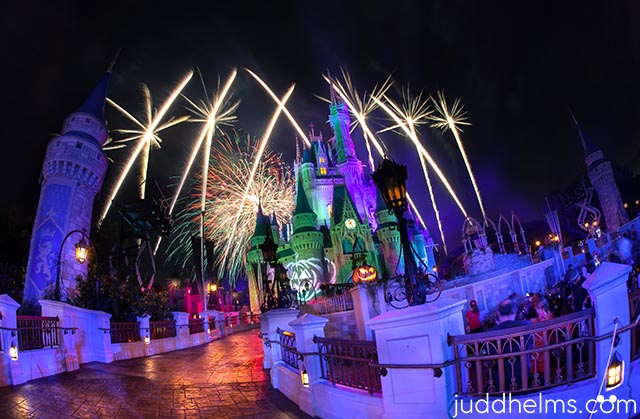 Mickey’s Not So Scary Halloween Party is one of my favorite things that Disney does. I love going to the party. There is such a great atmosphere.

Guests get to dress up in costume, and everyone does, even those grumpy “Gus’s” like Dad who go as tourists. It’s just so happy.

The night is fill with special shows, a special parade, a special fireworks show (the best one that Disney does in my opinion), Trick or Treating around the park and more. It’s fun.

Since it is a limited ticket event the lines on the rides are usually shorter than during the day, but there are still a lot of people in the park. Disney doesn’t release attendance figures, but I guess there are around 40,000 tickets sold on a sold out night.

To see more about Mickey’s Not So Scary Halloween Party check out my party page. 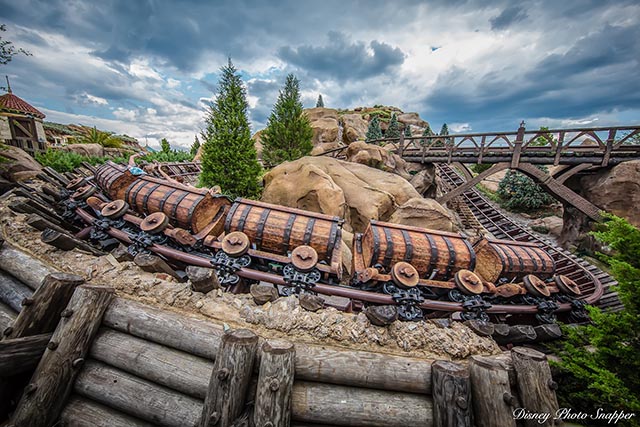 Riding Seven Dwarfs Mine Train by yourself is pretty cool! – Photo by Brett Svenson

About 2 years ago, Disney introduced Early Morning Magic, where you can pay to get into the parks early in the morning with very small crowds.

I haven’t had a chance to experience it yet, but I’ve heard a lot about it.

Included in Early Morning Magic is breakfast at Cosmic Ray’s Starlight Cafe. It’s not a fancy breakfast, but it has just about everything a growing boy, like Dad, would want for breakfast.

The big drawback to Early Morning Magic is only Fantasyland is open. You can ride:

as many times as you like, but that’s all.

Don’t get me wrong, being able to ride Seven Dwarfs Mine Train and Peter Pan’s Flight without a line or a FastPass is big time. Even on a slow day those rides will have 30 minute lines.

Early Morning Magic will definitely save you touring time during the day.

I had an Ask Dad question right after Early Morning Magic opened about if it’s worth it. Check out my answer here.

Kinsey, it’s all about what you want to experience. As two adults, do you want get up early to ride Seven Dwarfs Mine Train or those other rides in Fantasyland over and over without any wait? Or would you rather experience the fun, the special shows, parades, etc. at Mickey’s Not So Scary Halloween Party.

I think the party has more to offer, but it might not be what you are looking for.