We are headed to Disney November 26th through December 2nd. We are staying at the Wilderness Lodge. There are a few mornings that offer Extra Magic Hours and I see conflicting information. Some say avoid Extra Magic Hours. Some say go. I don’t know that even with Park Hoppers I want to jump around at midday. Thanks so much.” 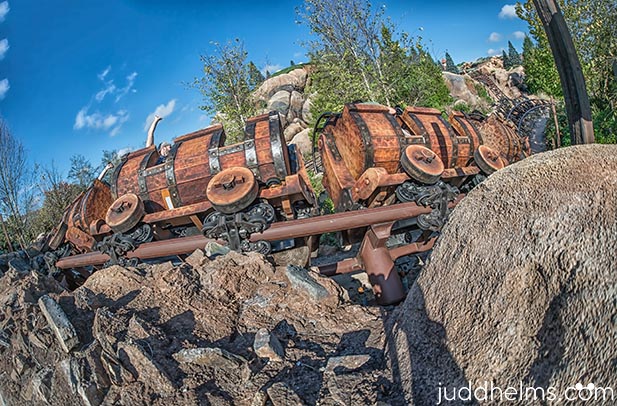 Just to give you an idea, a couple of years ago, I went to Epcot on an Extra Magic Hour day. I got there a little late, and I got there at 8:20. Extra Magic Hours started at 8:00. In the first hour I was in the park, I did Test Track, Mission: Space, and Soarin’ all three in one hour. Exactly, almost to the minute. One hour.

Then, I took a little break. That was 9:20. At about 10:00 I decided I’d go try it again. At 10:00, it took me an hour to do Test Track and Mission: Space. Now, this is going through the green line, not the long line. The short line at Mission: Space and this time I had a FastPass.

I had a FastPass for Test Track, a short line for Mission: Space, and that took an hour. Then I go over to Soarin’ and the line for Soarin’ at the time was an hour and a half, so that just gives you an idea, and this was not during a busy time of year.

We planned our trip around EMH, even though we’re going at a moderate time. We typically don’t have Park Hoppers. I don’t like park hopping. It’s not my favorite thing. I like to plan my day to be in the same park all day. Part of that is because of the transportation. It can take an hour to get from one park to another. Even from Magic Kingdom to Epcot.

We had this happen before. We’re in the Magic Kingdom. We’ve got a dinner reservation at Via Napoli. How long does it take to get from Fantasyland to Via Napoli? It took 45 minutes, so you’ve got that transportation time, and sometimes that’s a good thing to get away and to get out of the parks and get transportation, but … I’m not a fan of park hopping for park hopping’s sake. Now, we’ve had Park Hoppers lots of times where we’ve done multiple parks in a day. That’s fine, but my planning strategy is to plan everything to be in the same park for a day.

Using the Extra Magic Hour, you go in the morning. By mid-afternoon you’ve got most of the rides done. You’re just there for the shows. Watch a couple of shows. When you’re ready to leave the park, leave the park and go to a different park. I do suggest that you use Extra Magic Hours when it’s moderately busy too.