Muppet*Vision 3D is one of Dad’s favorite attractions in all of Disney World. In fact I’m singing The Muppet Show song right now.

The Muppet Show was one of the top TV shows of the late 70’s and one of Dad’s all time favorites. It featured the lovable creatures created by Jim Henson. In the late 80’s and early 90’s the Muppets teamed up with Disney and wowser, what a result. 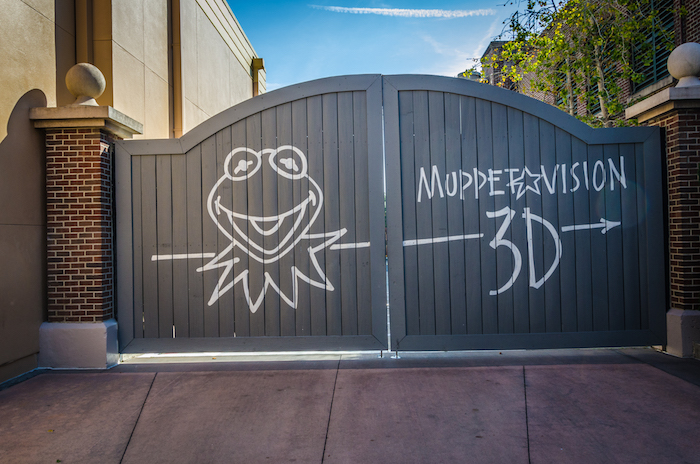 It’s time to play the music… Photo by Cliff Wang

Muppet*Vision 3D is located in Disney Hollywood Studios. It’s tucked way back in the back across from PizzeRizzo.

Before you enter the theater, you head to a big waiting area that is decorated with props from the old Muppet show. There is also a net full of Jello (in honor of one of Disney’s first Mouseketeers). There are also several TV monitors that show a funny video with the rules of the show and reminders to pick up your 3D glasses.

As you enter the theater, you’ll notice that it looks just like the one from the TV show. (If you’re old enough, or lucky enough, to have seen the TV show.) 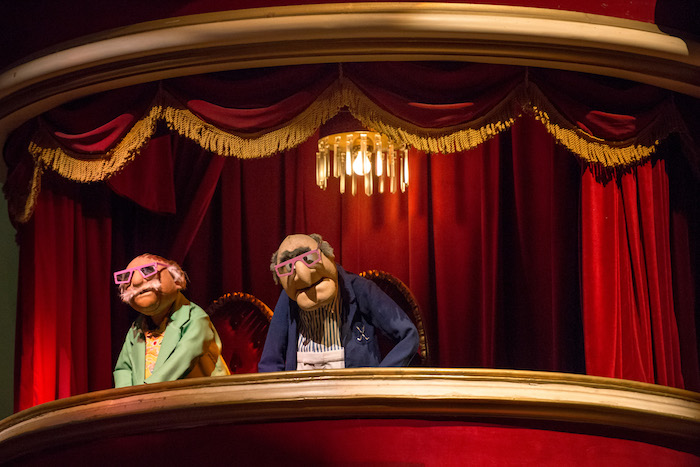 It’s time to play the music… Photo by Matthew Cooper

You enter the theater, sit down, put on your 3D glasses and the band starts playing (a penguin band in the pit) and show begins. Gonzo and Kermit show up and Kermit gives you a tour of the Muppet*Vision 3D labs.

All of the Muppet characters are introduced and the fun begins. Fozzie is the first to spray things on you. The heckling begins from the old guys in the balcony (Statler and Waldorf) and you start a tour of the new 3D process developed by Dr. Bunsen Honeydew and his assistant Beaker.

This can be a little scary to young ones, Sweetums – who is a big hairy Muppet (about 7 feet tall) runs through the audience with a cannon pointed at him which fires and mayhem ensues. The theater blows up. Kermit apologizes for technical difficulties and the show ends. 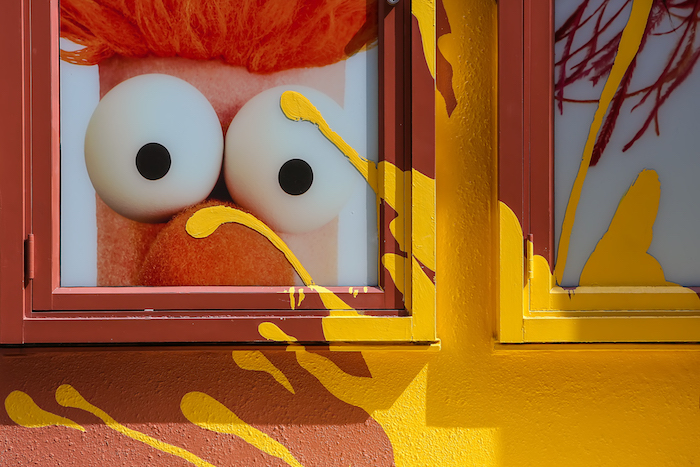 It’s time to play the music… Photo by Brett Svenson

There is no postshow. You walk out into the bright sunshine.

Grab your 3D glasses to watch this video. Yes it gets a little out of focus once and a while but it’s fun to watch.

Muppet Vision 3D has always been one of Dad’s favorite shows. If you liked the Muppet Show, you will enjoy this special treat.