Hello, fellow dad, and was just curious. How do you think the new Magic Kingdom fireworks show will affect crowds in May? Our trip was already booked when it was announced, and we happened to be going the first week it’s showing. No turning back now, not that a crowd could get me to anyway. I’m just trying to plan accordingly. Thanks. 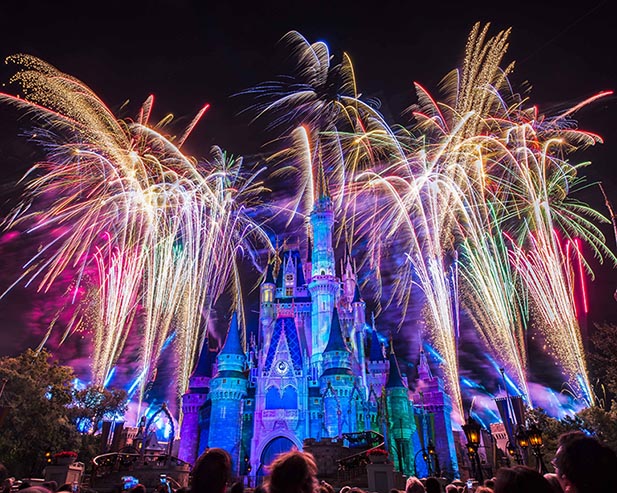 I am sure going to miss Wishes – Photo by Laurie Sapp

Brian, this one’s kind of hard for me, because I love Wishes. Wishes, Wishes, Wishes. Oh, no, you don’t want me to start singing.

I do sing good. But that’s not important right now. Wishes is going away, and it’s kind of sad, but it’s going to be replaced, and you know, on May 12th. Will that affect crowds? Not at all. It’s not like a new ride opening in a park. Yes, on the first night all of the local Disney blogger and photographer types will come out and they will just mob Main Street that night.

From the Partners statue, back to say Casey’s, all of that will be full of tripods and people with iPhones trying to get that first picture. You know, those Disney bloggers, they only come out at night. That’s when they feed. Did I say that out loud? Am I jealous? Yeah, a little bit. I can’t be there. I live in Oklahoma. It’s way too far to go for just little things like a new fireworks show, and they don’t invite me. Just saying.

Anyway, so Disney bloggers, they’ll be there. There will be a bunch of locals who will come out for that first night’s show. Second night, not as many, and it’ll kind of taper down, but it’s not going to affect the parks during the day time.