“Hi, Dad, thanks for your tips. They’ve helped us newbies have a great time at the Magic Kingdom.My question is have your strategies changed at all with the new way of opening the park? We really missed the morning show, by the way, when we went in January.” 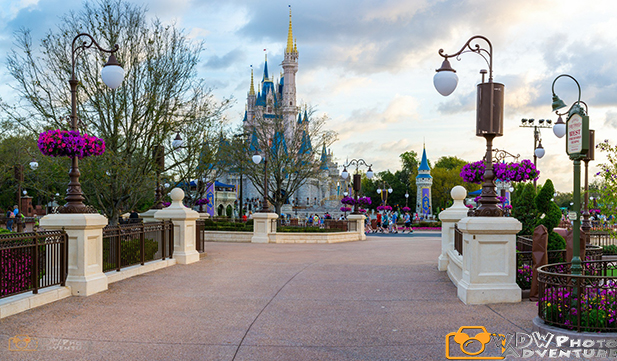 Thanks for all the kind words Chris. I’m glad I can help.

What Chris is talking about is in January, Disney moved the opening show from in front of the train station to the the stage at Cinderella Castle. In addition, they developed a new morning show, a new opening the park show for the castle.

They did it because of security procedures. They are trying to make more space available for security at the Magic Kingdom.

Would I change the way I do things? Yes. As part of this new opening show, on the castle stage, Disney added some breakfast options on Main Street. One of them is just crazy, its a donut sundae, at the Main Street Ice Cream Parlor. That looks like a heart attack for breakfast.

What I’d like to try is the new breakfast over at Casey’s. I love Casey’s They are offering a breakfast hotdog, I’d like to try, so yeah, I would go a little earlier so I’d have time to check it out.

Dad’s bottom line, I would get there 30 to 45 minutes before the Magic Kingdom opens and have a good time on Main Street.