“Dad, this will be our first Magic Kingdom since they moved the welcome ceremony from outside of the castle stage. Can you explain a bit about it?

Specifically, do we have to attend? Are you herded down Main Street? Can you visit the shops while heading towards the castle? Most importantly, can we immediately head to the rides, or must we wait for the ceremony to finish?

I have watched the ceremony on YouTube, and it doesn’t answer my questions. Thanks for any information you can find.” 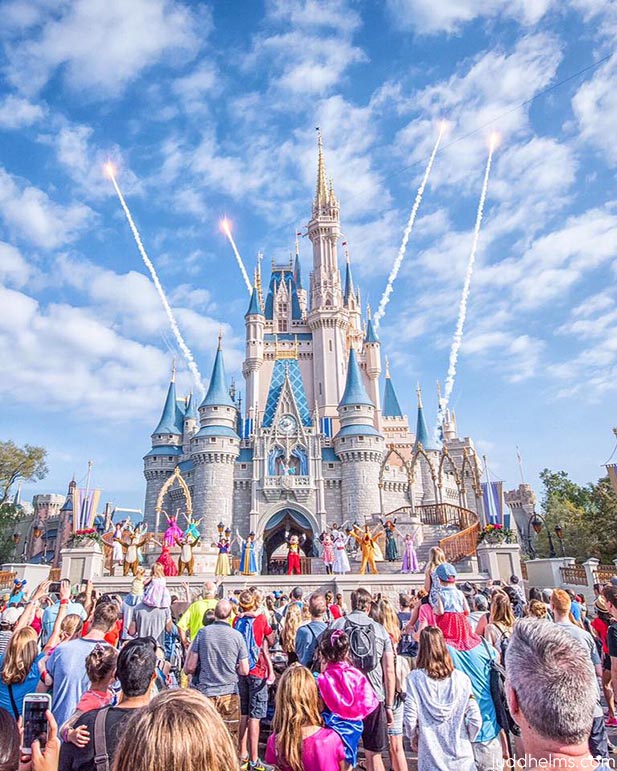 Oh, Mark, that’s a good question. Let’s see if I can give a good answer.

Here’s how it works. About 30 minutes before the official opening time, Disney will start letting people into the Magic Kingdom. They’ll start letting you go through the gates and get on Main Street. They don’t herd you towards the show.

The show will start about five minutes before the park opens. If the park’s scheduled to open at nine o’clock, typical time for the Magical Kingdom to open, about 8:30, they’ll let you in the Magic Kingdom.

Now, can you go to the rides immediately? No. They have the rope barriers up. You can’t get past Cinderella Castle to Fantasyland, Liberty Square or Frontierland.

Disney wants you to spend money, imagine that. They want you in the gift shops and in the restaurants.

No one (except maybe the kids) will herd you down towards the castle. You don’t have to be at the stage when the show ends. If you want to start in Adventureland, you can be hanging over by Crystal Palace. If you want to start out in Tomorrowland, you can be hanging out over by the Ice Cream Parlor, so you’ll be ready to go into Tomorrowland whenever the show is over.

The show is the opening, like the old show used to open the Magic Kingdom when it was back at the train station, and they’d have the big singing and dancing, and you’d do the countdown, and then everybody can start going in. It’s the same thing here, only you’re already in the park.

At nine o’clock, they drop the ropes, boom. Everything’s open. That’s the way that works. Hope that helps, Mark.

Bottom line is, they’re not going to push you toward the castle. The park will be available for rides at opening time, and all of the shops on Main Street will be open when you enter.

Join in and write your own page! It’s easy to do. How? Simply click here to return to Video Ask Dad.