This is our first time to WDW and we are so excited….however, need your help in planning our trip to be the best it can be. We are planning on doing NYE 2012 at Disney World and would like to know which world would be the best for 12 people (5 kids – aged 15-18 plus 7 adults) and what areas are definite on the ‘to do’ list and the best way to tackle the park for the day. We are staying at the Sheraton Vistana so not sure of the logistics for best getting to WDW and for seeing as much as we can on the day – obviously staying for NYE that night. We will be in Orlando for 5 days so have the opportunity to check out other parts on other days too. Have been reading your site and it looks like your knowledge is invaluable so looking forward to hearing back from you. 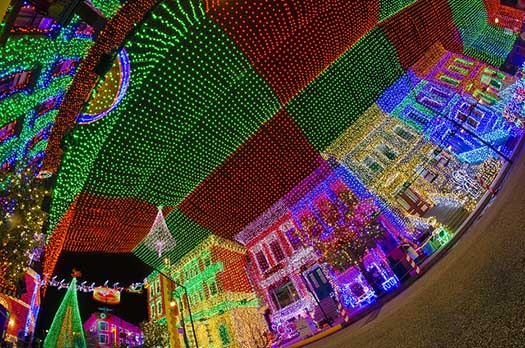 You’re a lucky lady to be ringing in the new year with family that you love, at the most magical place on earth while it’s all decked out for the holidays. But you’ll have to share the magic with about half a million other people who want to celebrate in just the same way. But as long as you don’t mind cozying up to the crowds, with Dad’s help you just might have the best New Years Eve ever at Walt Disney World.

A family’s first trip to Walt Disney World may be magical, but it’s also overwhelming – at any time of year. Even though Christmas is Dad’s favorite time to experience the parks, there’s so much going on that it’s hard to know where to focus. Add to all that the enormous swarm of visitors the holidays bring in and you’ve got a recipe for long waits, cranky crowd, and a frustrated family.

New Year’s Eve is particularly crazy – it’s one of the absolute busiest days of the year. You’ll need to arrive well before park opening and stick out the crowds all day long if you want to be there at midnight – the parks reach capacity early in the day and often don’t open to more guests so if you leave you won’t be able to get back in.

So which park does Dad recommend for your family of 12 adults and teens on New Year’s Eve? That’s easy – Disney Hollywood Studios. It’s simple – Animal Kingdom closes early, and Magic Kingdom and EPCOT are the most popular parks for midnight fireworks so you’ll have the best chances with the crowds at Disney Hollywood Studios – not to mention that they have some of the best shows and rides!

You’ll be able to score a few FASTPASSES throughout the day to get on rides like Rock ‘n Rollercoaster and Tower of Terror. You can spend most of your day watching shows to help your energy hold out till midnight, and go on Walt Disney World’s best thrill rides to get your adrenaline pumping. Fantasmic has 3 showings (6:30, 8:00, and 10:00), you can enjoy the Osborne Family Spectacle of Lights, and at midnight you can ring in 2013 with the Lights Cameras Action fireworks show!

Disney Hollywood Studios will be open from 8am-midnight on New Years Eve, so plan to leave your off-property hotel in enough time to arrive at 7am – this will give you time to park, get to the gates, and get in the park before it reaches capacity.

You’re in for a long day, so be sure to tackle the park in the smartest way possible – have a great PLAN! The folks at Touringplans.com have some great suggestions on how to make the most of your day in the park and you can even build a customized plan that’s suited to your family! You may not get to see EVERYTHING in one day, but with the right PLAN you’ll see the most important parts!

As far as seeing other parks on other days during your trip, Dad recommends looking at his crowd calendars to see what you’ll be up against – all of the days between Christmas and New Years are wall-to-wall packed, but you can certainly make the best of it with (let me hear you say it!) a great PLAN!

Kara, if you follow Dad’s three simple steps for a magical New Years Eve, you’ll be just fine: get there early, have a great PLAN, and most importantly have a great time with your family!