Is it normal for night shows to be scheduled after park close? I am trying to plan our dinner reservation in the Animal Kingdom on 09/11/2020. Park closing is listed as 8PM, but Rivers of Light is listed as 8:15PM. I’m just wondering if this is accurate so I know how early I need to plan dinner where we can still make the show! 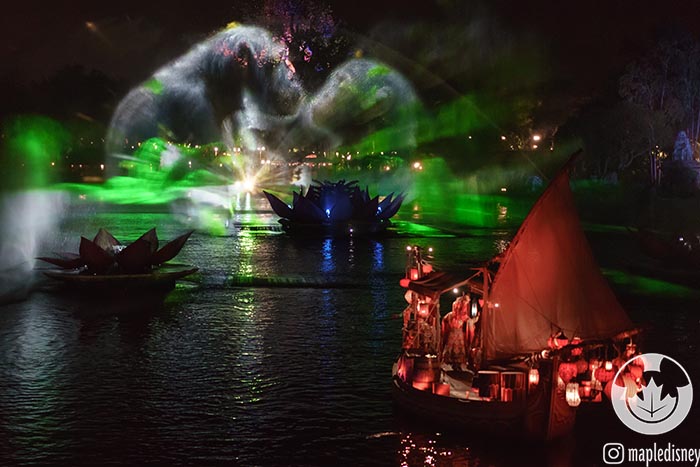 Nighttime Shows After the Park Closes

I like having the nighttime shows after the parks close. That means I can visit attractions longer before I have to line up to see the show. This is true especially for Rivers of Light and Fantasmic! where you have to go in a theater and get a seat. You can’t just stop and look up and watch them. You have to be at the theater before the show and then wait. I’m not good at sitting and waiting.

When it comes to Rivers of Light (RoL), depending on when you are going, you might have to line up early to get into the show. If it’s a night where RoL is only shown once and it’s a busy time of year, you will probably need to be at the theater entrance 30 minutes before showtime to get a seat. If it’s a slow time of the year, you can walk right in.

Molly, yes, 8:15 is correct. Nighttime shows are scheduled after the parks close all the time. You can make your reservations based on that time. Just a caution, if you are going during a busy time of year, think about getting to the theater early so you will get a seat.