Last week, Dad spent the week working at a convention in Las Vegas. No before you start rolling your eyes about working in Las Vegas, our convention was really work. We had meetings from 8 am to 5 pm and evening activities every night. It was almost boring. I only left the hotel one time all week and that was to have dinner with my cousin one night.

It was a busy week, but the training was great. The big news of the week was after 15 years of having the convention in Las Vegas, next year, the convention is moving to the Coronado Springs Resort at Walt Disney World. So, it looks like Dad is finally going to get his long awaited Disney World vacation next October. Whoo Hooo! 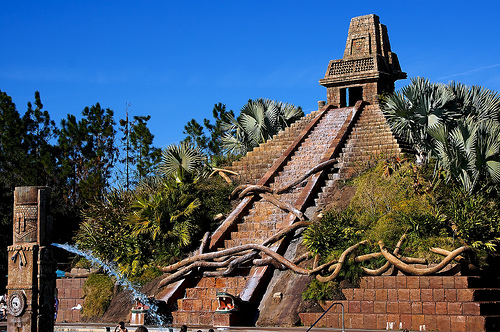 In October of 2012, Dad will spend a lot of the month in the Orlando area. (There’s talk about going on a Disney Cruise while we’re down there.) October 2012 is going to be a great month.

I know what you’re thinking (so am I). If you spent so much time “working” this last week, how are you going to have time to enjoy Walt Disney World? That’s a good question. The convention planners have assured us that next year the schedule will be a little lighter and we will have more free time. (It better.) Also, the evening sessions were all optional so I could ditch those (and probably will) and spend time in the parks.

Is having a convention at Walt Disney World a good thing? It sounds like a great idea, but who wants to go to Orlando and not have time to enjoy the parks?  For Dad, it was great to have the convention in Las Vegas. There isn’t anything in Vegas that I want to take off work for. However, the same is not true of Orlando. If I’m in Orlando I want to spend a lot of time in the parks. That’s just me.

Look forward to a whole lot of planning and even some information about Conventions at Disney World. It’s going to be fun.