Scary things start happening to October Disney World crowds but, and on some days that includes the crowds. Ghosts and goblins are the story of October along with some really good food and some fine adult beverages. 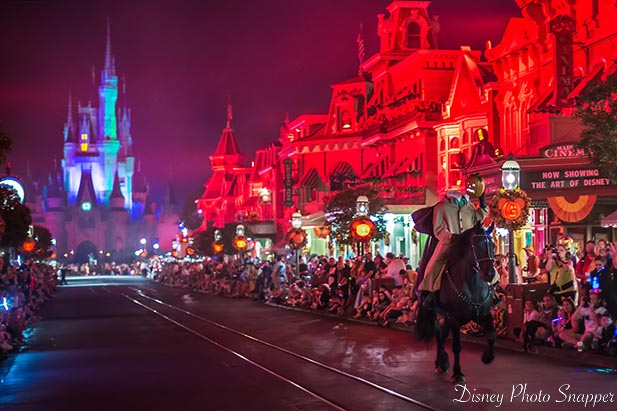 October has changed over the last couple of years. It used to be a pretty good time to visit WDW with light crowds most of the month. Unfortunately, that’s changed. Now crowds are moderate to heavy for most of the month. 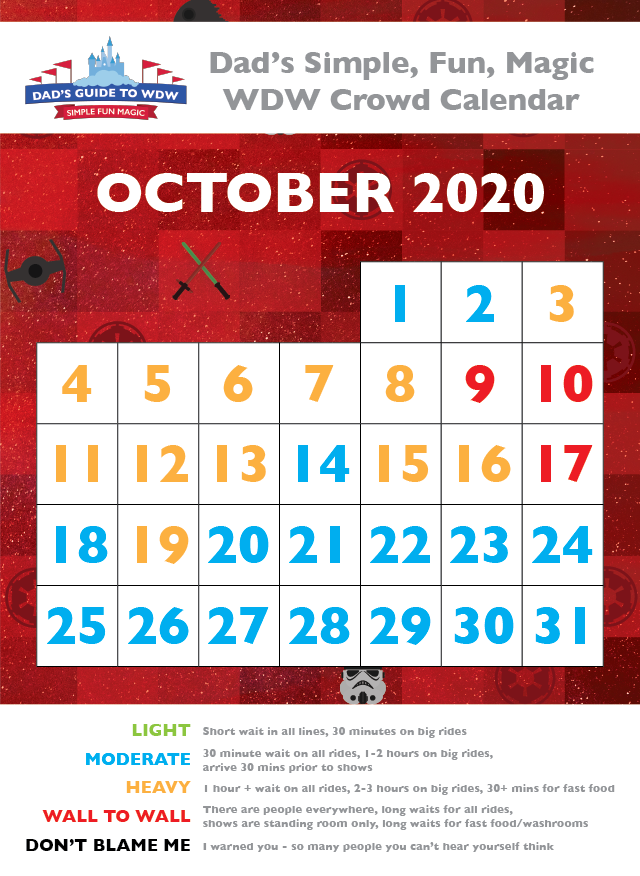 Is October the best?

What’s the best month to visit Disney World? It might be October. Just think, Halloween, Food and Wine Festival. What else do you need?

Check out Dad’s Guide to avoiding October Disney World crowds. In it Dad gives you the scoop on how to avoid crowds (as much as possible), and when is the best time to go to the parks. 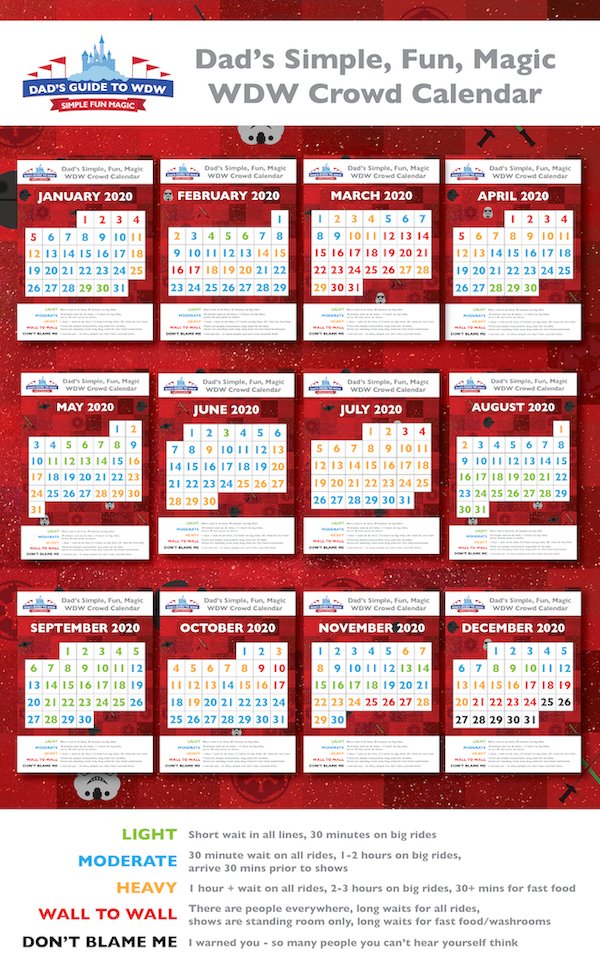 October at Walt Disney World is full of events . The EPCOT International Food and Wine Festival is in full swing. Foodies from around the world descend on EPCOT to try some of the worlds top chefs newest creations. There are food tastings, wine tastings, culinary workshops, and even some top notched entertainment.

Yes, EPCOT crowds will be a bit bigger especially in the evenings and weekends. Most of these foodies will be in the World Showcase and they really don’t effect the rides, but they do make it seem busy.

Dad provides a lot of help with dealing with crowds, but there is someone who knows more about the lines, the throngs, the people at Disney World than even Dad does. That’s pretty impressive. This group is called Touringplans.com. They know so much about crowds at Disney World because they are in the parks every day. Check them out.

October Disney World crowds are some of the “scariest” all year. (That’s only because a lot of them dress up for the Halloween Party.) They aren’t as small as September, but October is still a wonderful time to invade Disney World.