Hi Dad- First off I love the site. It’s the first place I go when I am curious about something Disney that I don’t know the answer to. I usually do a good job on my own planning, but I am stumped over two specific weeks to travel. We went last year end of November to beginning of December and it was a mob-scene!

Would you suggest going October 8th-15th and deal with Columbus day crowds, or November 5th-12th and deal with Jersey week and Veterans day? We are mostly concerned about the crowds. I’d love to go on a different week but work schedule doesn’t permit that. Thanks! 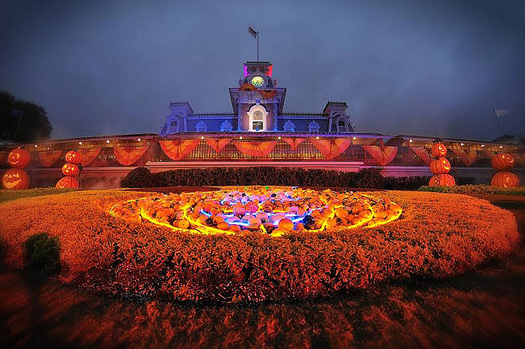 Halloween is in both October and November Photo by Kevin Eddy

Thanks for the kind words about the site and keep coming back often.

The difference between early October and early November is whether you prefer Halloween or Christmas. Crowds will be virtually the same. Looking at Touringplans.com the crowd levels are not much different. I wouldn’t worry a lot about Jersey Week. It’s not a big factor. (Dad talks about Jersey Week.) 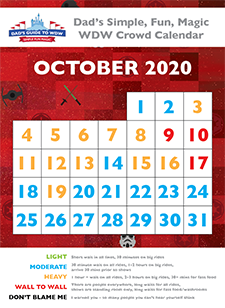 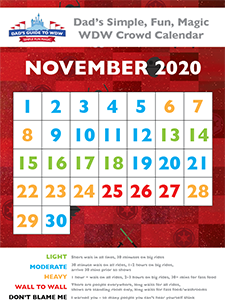 In October Disney’s International Food and Wine Festival will be in full swing at EPCOT. In the Magic Kingdom, Mickey’s No So Scary Halloween Party will happen several times per week and the park will be at it’s spookiest.

In November, Christmas at Disney World will be busting out all over. Everywhere you look it will be full of holiday cheer.

It really boils down to a choice between food and wine with Halloween or a Christmas extravaganza. It’s as simple as that.