Hey, Dad, how do we find the best prices on Orlando Area Hotels?

I thought you’d never ask. There are over one thousand hotels in the Orlando area. Which means it’s pretty easy to find a discount on Orlando hotel prices. Sometimes you can find a really, really good deal. 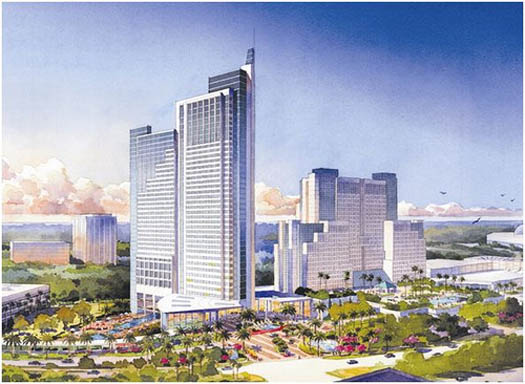 It’s PARTY time. Yes, that’s right PARTY time. To find cheap prices on Orlando Area Hotels, you have to do a little research (yes, ladies, I know it’s called shopping, but not many guys like to go shopping, but most of us like to do research).

OK, who really wants to do a bunch of research. Tell you what, just get in touch with Dad’s partners over at Destinations to Travel and let them do all the work.

Hotels in this area are very convenient to Disney and Sea World, but can be a bit of a commute to get to Universal Orlando and the airport.

Kissimmee is a small town in the shadow of Orlando. It does has some small town charm with big city traffic problems.

Orlando has hundreds of hotels to choose from. You’ll probably want to look at hotels in one fo the following areas –

If you have a flight that arrives late in the evening, or departs early in the morning, you might want to check out a hotel near Orlando International Airport. You can actually stay in the airport terminal (Hyatt Regency). There is also a wide variety of options just outside the airport. From the airport it’s about 45 minutes to Walt Disney World, so you wouldn’t want to make this your base if you are planning to go to the parks every day.

It is a lot easier to get to Daytona and the eastern beaches from the Orlando airport.

There are some real nice hotels in the Sea World Orlando area. Sea World is between Disney World and Universal Studios. It’s closer to Disney World.

Universal Studios Orlando (Sorry, Uncle Walt, but we have to talk about it), is the “other” theme park in Orlando. While Disney is much larger, Universal is still a top tourist destination and home to some of the most imaginative rides anywhere. (Including Dad’s favorite ride anywhere.)

It’s a fairly long drive from the Universal area to Disney World.

Finding cheap prices on Orlando Area Hotels can be work, but just think about the rewards. Saving money on your magical vacation makes it more magical.