“Hi Dad! We are staying at Pop Century during the AAU Volleyball Tournament. We are hoping to get a room away from the volleyball players. I know I can request a specific building or floor, but not guaranteed. Do you know if they block certain buildings just for teams, or do they scattered them throughout resort? “ 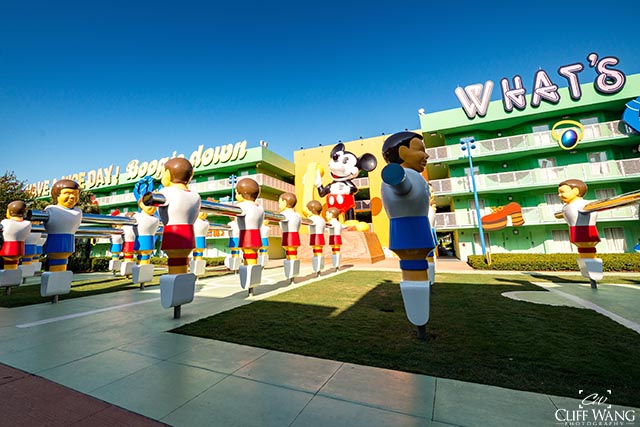 When it comes to choosing rooms at Disney Hotels, there are no guarantees. Disney does try to honor requests, but with 2,800+ room at the Pop Century it’s not possible to get everyone exactly what they are looking for.

As far as I know Disney does not block certain sections for the teams. That would be hard because of guests that are already in rooms with overlapping reservations.

One thing I will say about your idea is that volleyball teams are not really that disruptive.

Unlike cheerleading, a volleyball team doesn’t really take their “game” away from the court. They usually aren’t practicing around the hotels. They probably are saving energy for games so they aren’t running around much.

You might not even know a volleyball team is near you.

The Pop is Great 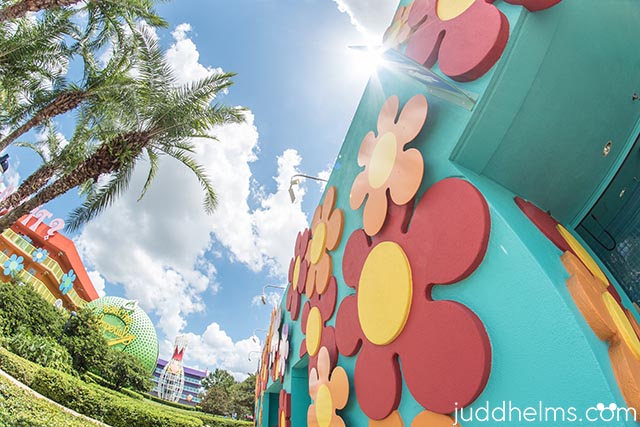 The Pop is just cool. Where else can you find bowling pins and yo yo’s that are 40 foot tall? – Photo by Judd Helms

I love the Pop Century. It’s my home away from home. I just love how everything just works. From the decore, to the food court, to the cute signs from each of the decades. The Pop Century is groovy!

There’s not much you can do about teams at Disney World. It’s just a fact of life when staying in the Value Resorts. The good thing about volleyball players is they are not too disruptive at the hotels especially around the rooms.