Once upon a time the Port Orleans Riverside was called the Dixie Landings. It was a quieter time in a far away place. (Hey, isn’t that how all good stories start?)

The Port Orleans Resort is divided into two sections, the Riverside section is the main section. Most of the rooms and resort activites are centered here. 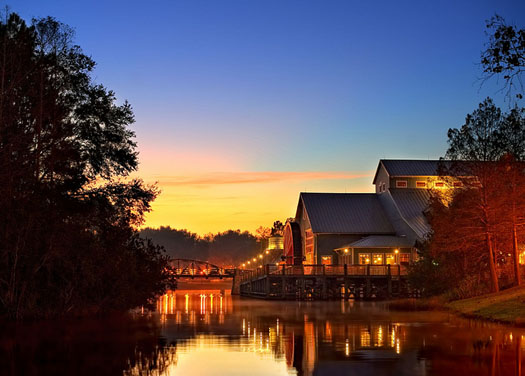 When this resort opened in 1992 it was called the Dixie Landings. It was linked together to the older Port Orleans by the Sassagoula River that flowed all the way to Disney Springs. In April of 2001 the two resorts were merged into one and all references to the original Dixie Landings were removed.

The guest rooms at the Disney Port Orleans Riverside are in either a “mansion” or a “cottage”. They are divided into two sections. There is the rustic Alligator Bayou Lodes section and the more elegant Magnolia Bend section. Each section contains 1024 rooms.

Rooms are 314 square feet. Most have 2 queen beds although several rooms with one king size bed are available. One feature unique to the Port Orleans is the trundle beds that pull out from under the double beds. A trundle bed can sleep a small child (under age 9).

Starting in mid-2012, the Port Orleans Riverside will feature 512 Royal rooms. Each of these rooms will be decorated with royal carpets and characters and special headboards compete with a fiber optics display that will have an amazing fireworks display.

Riverside Mill Food Court and and Boatwrights Dining Hall are dining options at Port Orleans Riverside. There is also a lounge called River Roost Lounge which serves some appetizers and, of course, drinks. These are located inside the “Sassagoula Steamboat Company” (main building).

Riverside Mill Food Court is the standard Disney food court. There are several locations where you pick up your food and take it to your table (after you pay, of course.)

Boatwrights specializes in Cajun specialities steaks and seafood. Dine in a boat building factory. This gives an interesting ambience to your meal.

Each of the “resorts” have a main building with an arcade and shopping, but the main activity center is the in the Riverside section. You can rent water craft for a ride on the Sassagoula River or bicycles for a ride down the beautiful country lane. There is even an old fishing hole where kids can grab a cane pole and try to catch a big one. 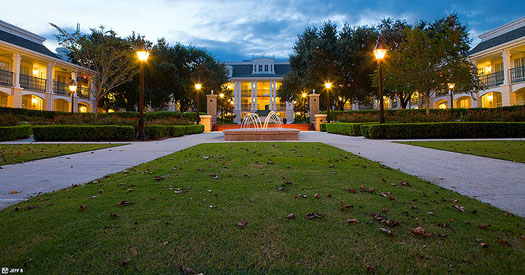 This resort is huge and a long way from almost anything else at Disney World. Transportation is done by bus, or as Disney calls them Luxury Motor Coaches. They go from the resort to the theme parks, water parks and Disney Springs. It can be a chore to get to some of the other resorts. There are several bus stops inside the resort and it can take a long time just to get out of Port Orleans.

The Port Orleans has some drawbacks that keep Dad from recommending it. It’s a big spread out resort with bus problems. It’s probaby my 2nd favorite moderate. Hey, some people love it. (Some people love liver and onions too.)