“I will be going to Disney World August 13th through 19th if the creek don’t rise. We’ve just experienced some serious flooding in eastern North Carolina and therefore I am planning my vacation carefully. I need fabulous vaca this year.” I know how you feel. “I have never stayed at …” Another moderate resort question. Imagine that. “I have never stayed at any of the moderate resorts and I need the most current information on refurbishments on how this would affect our visit.

I will be traveling with 11-year-old daughter who is sold on the pools and I am using the summer discount, the summer rate discount. I have narrowed my choices down to the Caribbean Beach Resort and the Coronado Springs. I love how the Caribbean layout, even though it’s large, we have bikes, but I am very worried about how the food court closings might be bad for someone who loves to eat, me. While the Coronado Springs looks great, especially the pool, I’m worried about the convention side of it. Does this increase the crowd feeling? Any suggestions and knowledge you can spread my way will be greatly appreciated.” 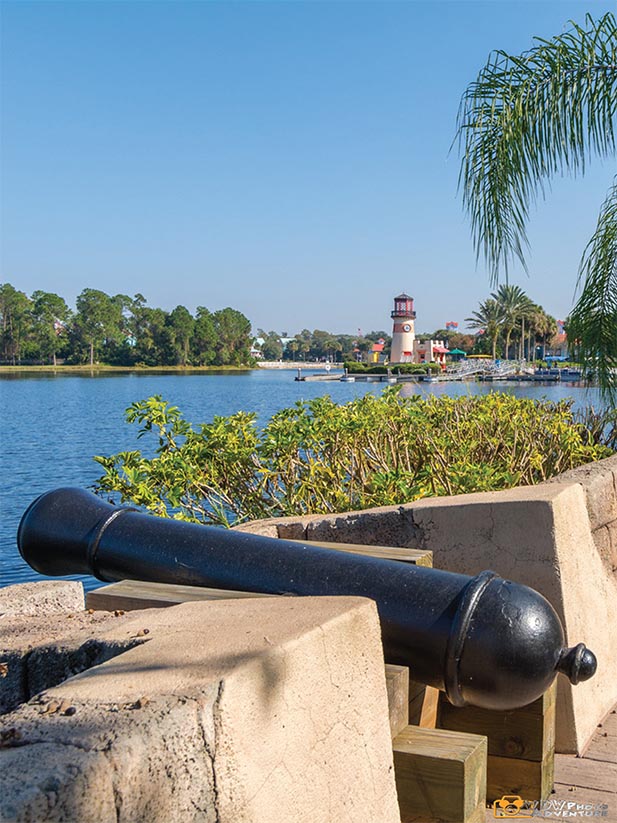 It looks so beautiful… – Photo by Wayne Wood

As to the current state of construction, well, I don’t know exactly because I’m not down there, but I can give you an idea of what’s proposed. At the Caribbean Beach Resort the construction is pretty, it’s pretty intense. It’s really messing things up. The main building is totally being refurbished. There’s a little area in it where they serve a breakfast buffet, but for the most part you can’t get into that main building.

The rest of the construction is isolated. You might see it, but it won’t impact your stay.

Does this impact your trip? For Mom and I, it wouldn’t very much. Pretty much the only time we eat at the hotel is breakfast and we don’t eat every breakfast there. So if your plan is not to eat at the hotel it really doesn’t matter that that is closed. Caribbean Beach Resort, beautiful, nice pool. It’s just a nice place to be. 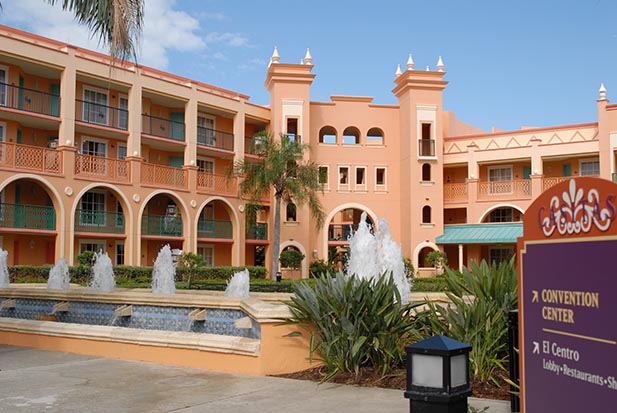 The Convention Center at the Coronado Springs – Photo by Kathleen Wolfe

Coronado Springs, the construction at Coronado Springs is not as invasive, not as bad. It’s not hitting any of the main areas (as far as we know). They are starting by building the tower so they’ve got one area that will be under construction.

They will keep that area cordoned off and it shouldn’t affect you much.

I was there when there were two conventions going on, the one I was attending with the FAA and then there was one with a bunch of travel agents, a big travel agent company had a convention there. There were a lot of people there, but it didn’t affect the hotel. The buses, they weren’t bad. Bus service, they weren’t full. You could get on the bus and two or three people would be on there. It wasn’t near as busy as some of the other hotels we’ve stayed at.

It affects the rooms, but it really didn’t affect the feel of the hotel. Really if you’re going, don’t worry about the conventions. If you like the look, if you like the way, you think you’re going to like that southwest feel it’s a great place to stay.

One thing I might suggest is that you get in touch with my partners at Destinations To Travel. They keep up with the latest information on the refurbishments at the Disney Hotels and can help you make the best choice.

Just go over and fill out the form at…

Dad’s bottom line, I would choose Coronado Springs. I’d stay away from the Caribbean Beach Resort. The construction over there is really, really invasive.