Reservations are now open for a special dining event at Disney’s Hollywood Studios’ Hollywood & Vine restaurant. For dinner, through March 20th, you can feel like a celebrity as you walk the red carpet at Minnie’s Silver Screen Dine. 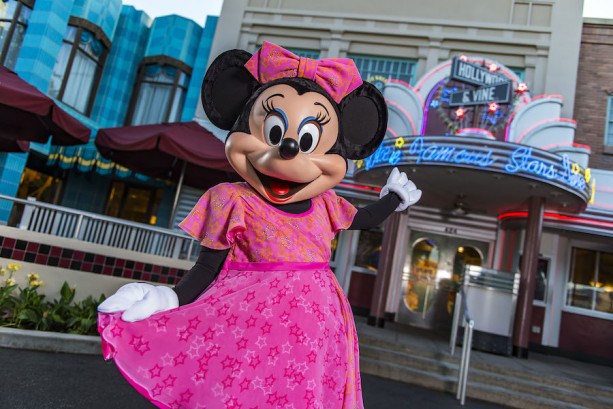 This dinner character extravaganza features Minnie and friends dressed in their best, allowing you mingle like a V.I.P. on opening night of a movie featuring you!

Enjoy a fantastic buffet themed to the glitz and glamour of Hollywood. From creamy popcorn soup to bacon-wrapped pork loin, you can expect to have an academy award winning time.

Reservations are strongly recommended. You can even book the Fantasmic package and get special V.I.P. seating to one of the shows!

Magic: Meet Minnie and her friends as they wear special outfits you can’t see anywhere else!