“We are staying at the Treehouse Villas at Saratoga Springs in January. We have ready how much longer it takes to use Walt Disney World transportation from there. If we drive to the parks, is resort parking close to the entrance? One of the perks we have always liked is that fact we can park our own car when we arrive and don’t have to work about finding parking spaces or door bangs from other excited guests exiting their vehicles.?” 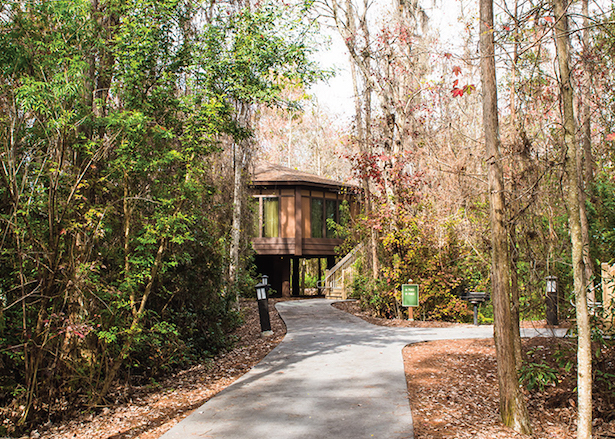 The Treehouse Villas look neat, but transportation isn’t go great over there – Photo by Laurie Sapp

If you’re on the internal bus and you just don’t happen to get there at the right place at the right time, it could take you an hour to an hour and a half just to get to a park. That’s why I like having a car at Disney World for most of the resorts, just because I like to be in control of time and it’s just really hard at somewhere like the Treehouse Villas.

So, let’s talk about when you have your own car at Disney World.

Dad’s Have A Car a WDW Page

Now, let’s talk about the parking lots and the parking. You’ve got control, if you’re driving, of when you leave and you’re not dependent on waiting for the bus. I will say, Saratoga Springs buses don’t run as often as, say, a Pop Century bus or an Art of Animation bus or a value resort bus or even a moderate resort bus. You might have to wait 20 or 30 minutes for a bus even after you get to the bus stop. So, it’s just not the best option is using the buses. Now, if you have to you have, but if you have the option of using your own car, I would say use your own car.

Now, I will say that Disney has probably the most innovative parking lots I think I’ve ever seen. Instead of everybody going in, parking side by side, everybody goes in at an angle. So, the first one that goes in, the second one is not quite lined up… you’re not door to door. So, if you open a door next to somebody, you guys aren’t opening door to door to where they’re coming together. So, it’s really kind of cool how that all works out. You don’t have as many door dings.