Why do you rate September 12th, a Tuesday, as being moderate crowds and the day before and after as light? Just curious. 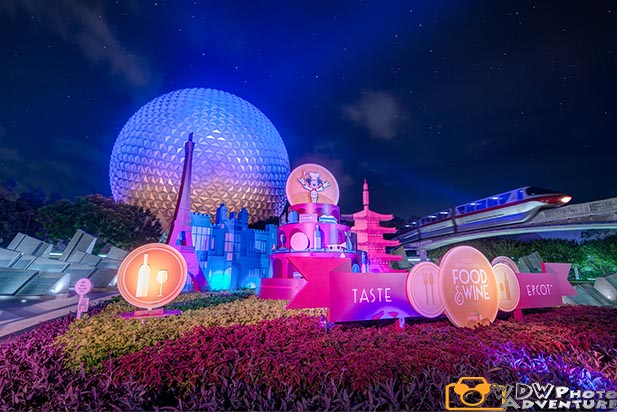 Oh, September 12th the Food and Wine Festival will be in full swing – Photo by Wayne Wood

Bethany, sometimes I get intuition.

Actually, I went and looked at that September crowd page, and it was messed up because Monday and Wednesday were light, but Tuesday was actually heavy. It wasn’t moderate. It was supposed to be moderate, but sometimes that happens.

Sometimes crowd “glitches” happen when there’s overlap between people going out, which usually happens right after the weekend, and people coming in. Sometimes you have some moderate days, that just pop up in the middle of the week. It just happens.

My crowd calendars were based on my observations of the crowds from the last few years, historical averages, and my gut feelings. I just get feelings about days when I go through and do the crowd calendars.

Basically, I have a feeling that that day’s going to be a little busier. There’s really no particular reason, but it’s just the feeling I got when I was doing the crowd calendars last year. I do my crowd calendars a year in advance. In fact, our 2018 crowd calendars and are rolling them out this week.