This September will be our 3rd trip to Walt Disney World, and I think we’re finally getting close to getting it right. We even decided to go a week later this year, because the crowd calendars seem to say that it will be a little less crowded.

However, I do have one question…I have read on several sites that it is a good idea to avoid parks with Extra Magic Hours due to higher crowds on those days. But, of course, I didn’t read that until I had already scheduled our week (days @ parks, dining, Pirates League, etc.). So, for example, we’re scheduled to go to MK on Sun. Sept. 23rd.

P.S. Every day I have scheduled is at parks with Extra Magic Hours. 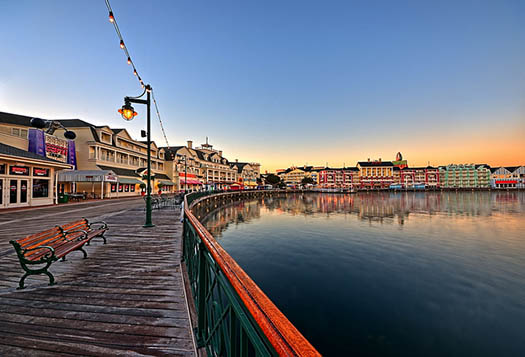 September is one of the least crowded times to visit Walt Disney World. Lucky for you, that means that the usual rules about avoiding crowds apply less at this time of year since there are fewer crowds to begin with! You’ll have no trouble at all, even on those Extra Magic Hours days – take it from me, would I steer a fellow Okie wrong? (For those of you non-Okies, El Reno is just a hop skip and a jump away from Dad’s hometown of Edmond)

Extra Magic Hours were designed to help Walt Disney World Resort Hotel guests spend more time in the parks – it was a perk to help convince guests choose a Disney hotel instead of staying off-property. Now the program is so popular that during more crowded times of the year, the park offering Extra Magic Hours tends to be better attended than the other parks.

The general rule of thumb for morning Extra Magic Hours is that 75% of hotel guests don’t get up early enough to take advantage of the extra hour – if you’re an early riser you’ll be able to make the most of a crowd-free park. Evening Extra Magic Hours are a little more crowded, though they last for 3 extra hours instead of one. But frankly, in September, the crowds will be so light that even if there is a slight influx of guests, you’ll hardly notice it, if at all.

In September, you should find little to no wait for any attraction at any time of day, both during Extra Magic Hours and regular park hours. Of course, it never hurts to get to the park at opening to take advantage of the first few hours of the day – they always have the lowest crowd levels!

The Princess and her Prince Charming honeymooned at Walt Disney World in September and it was a dream come true. If you do encounter any crowds, you’ll have no problem handling them with a few tips from dear old Dad!

Nate, you’re going to have a wonderful, crowd-free trip this September. Just remember to wear sunscreen and stay hydrated so you can make the most of your trip – just because the crowds die down after Labor Day, it doesn’t mean the heat does!