“Hi, how are you? I am considering a visit to Orlando in September 2018. I have read it’s going to be hot and rainy.

Of course, that’s a pattern we can predict with some good accuracy, but my problem isn’t exactly if it’s going to be hot and rainy, but how hot and rainy will it be? Is it bearable?

Does it rain all the time? I don’t mind standing in the rain. I kind of like it actually. Do attractions close during the rain. Thank you very much for your time.” 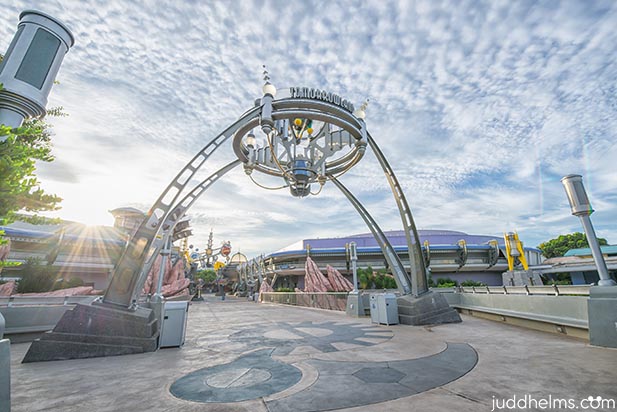 September is a great time to visit

Pedro, that’s a great question. September is a great month to visit. It’s the lightest crowd month of the year. The Princess and her Prince Charming did a honeymoon at Disney World in September.

Now, about rain. On average there are 13 days of rain in September, for about six inches. Now, those are the statistics. Rain is not really a problem for the rides. Most of the Disney rides are indoors, so most of the rides keep going.

There are a few rides that will shut down when the rain comes, like Seven Dwarfs Mine Train, since it’s partly outdoors and you can’t have a rollercoaster on a wet track. Test Track is another one where you’ve got high speed on a wet track. Dumbo might shut down, Magic Carpets of Aladdin, The Jungle Cruise, Expedition Everest, TriceraTop Spin – those will shut down sometimes when it rains. So let’s talk about the rain at Disney World in September.

Typically, the pattern is that mornings it will not be raining. It’ll be very humid in the mornings. When the temperature gets around 90 degrees, those thunderstorms will start to build. You’ll have afternoon thunderstorms that usually don’t last very long – 30 minutes to maybe an hour.

This is the typical afternoon thunderstorm in Florida. Sometimes it rains all day, but typically you’ve got a shower in the afternoon. What that usually does is it sends people home. They don’t want to be out in the rain. But you can wait those out in gifts shops or in rides. Then you’ll come out and it’ll be bright and sunny again. So rain is not really a problem in September.

It’s kind of nice because it cools things down usually. Now, I know there are periods of time where they have day-long rains and sometimes week-long or two or three-day-long rains, but that’s really not the typical pattern. Typical pattern is it rains for 30 minutes to an hour, and then it goes away, which is really, really a good thing in that hot time of year.

Now, when it comes to dealing with heat, what you want to do is go in the mornings. Go first thing in the mornings to the park while it’s cool and do all the rides. Afternoons, go back to the hotel. Get in the air conditioning. Get in the pool. Go to a water park. Get some time out of the parks in the afternoon. Then come back in the evenings when it cools down and enjoy the nighttime. That’s the way you deal with the heat at Walt Disney World.