Hi. We are debating between a trip August 20th through 24th or December 16th through 21st. August rain and heat are our biggest worry, but the crowd levels look low. December weather may be better and with Christmas decorations there, but far more crowded. What do you think about our choices? 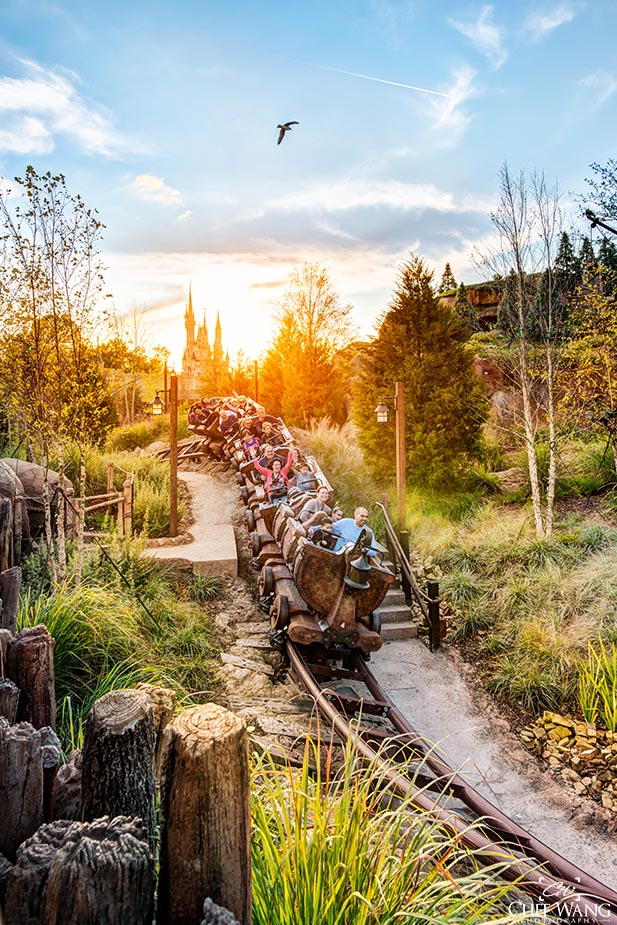 Yes. Those are great choices. There is a big difference between August and December, but I think you’ve laid out the options. August, man, it is hot in August. We went in August a long time ago, kids were young, I was young, Mrs. Mom was young. We were in much better shape. It was hot. Oh, my goodness. It was hot, but that’s just August.

The crowds in late August, the crowds kind of go away. If you check out the August Disney World crowd calendar you can see that first part of the month, crowds are big. Then, everybody goes back to school or starts getting ready for school and the crowds dwindle towards the end of the month. The end of the month crowds, there just aren’t any. They just all go away.

Number one it’s a thousand degrees. Maybe that’s an exaggeration, but, It’s hot. Really is hot. Yes, it rains almost every day, which is a good thing. It’s good that it rains every day because it cools things off. The rain typically doesn’t last all day. It only lasts a few minutes or maybe 30, 45 minutes, and cools things off. If you get full days of rain that’s even better because there are no crowds and it’s cooler when it rains. August crowds, none. Heat, awful. 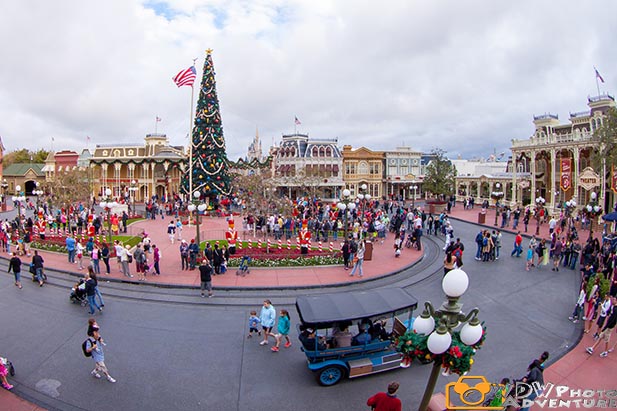 There’s just nothing better than Christmas at Walt Disney World, but if you look at the December crowds page you’ll notice that it’s busier, just to say the least, especially that week. That December 16th through 21st, that’s the week that it transitions from the slower times in December to the heavier times in December. It’s when it starts to build up towards Christmas day.

I will say that week is not as quite as bad as it looks in the calendar. The first couple of days, the first three or four days, with Christmas being on Monday, that week early in the week before Christmas the crowds aren’t terrible. They start building especially the weekend right before Christmas.

The good thing is, it’s Christmas. You’ve got the decorations. You’ve got the shows. You’ve got the Candlelight Processional. You’ve got Mickey’s Very Merry Christmas Party. It’s just the best time to visit Walt Disney World. It’s not as hot. It just isn’t. It might be cold. We’ve actually been there when it was cold. I was there last year in mid-December and it was 90 degrees a couple of days while I was there. It can be both. It can be hot and/or it can be cold. I’ve seen both in the same week before.

It also can be just perfect. That’s one of the best things about December in Orlando. The hot and the cold they usually don’t last long. The hot lasts longer than the cold. The cold usually lasts a couple days, but typically the weather is pretty good. Lows in the 50s, highs in the mid-70s, just about right. It’s Christmas. You got all the Christmas stuff. The shows. I’m repeating myself because I love Christmas at Disney World.

Dad’s bottom line is, it boils down to do you want the heat and low crowds or do you want Christmas and a little bigger crowds? It’s your choice. You just got to pick between the two. Heat or Christmas. Low crowds, moderate to heavy crowds.

There are ways to get around the crowds. My rules to dealing with crowds: get to the parks early, have a plan, use FastPass+ wisely, and ride the busy rides first. Those are the ways you deal with the crowds at Walt Disney World. You do that and you can really get a lot done, even when there are big crowds. It’s a choice. You have to make the choice. I can’t make that for you. Do you want no crowds and heat, or moderate crowds, Christmas and nice temperatures (usually).