by Kellie Mize
(The Woodlands, TX) 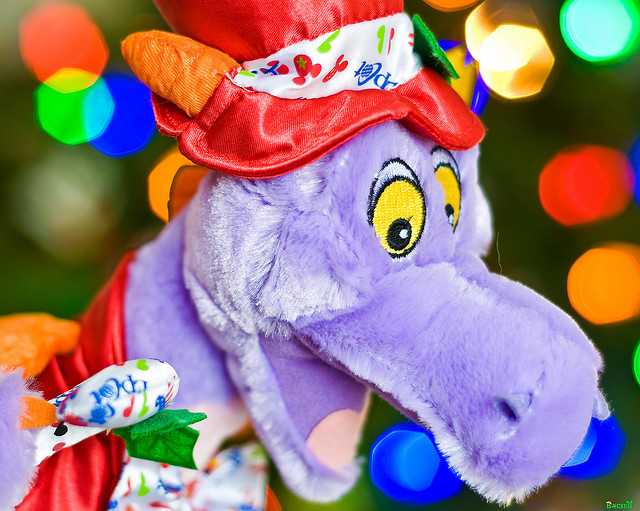 You might even find a little Figment – Photo by Tom Bricker

Dad’s December will be Magic Answer

As Dad is fond of saying, anytime is a good time to go to Disney World with someone you love. But, since you’re able to go at two especially great times and since you’re asking for Dad’s opinion, here it is: the first week of December will be magic at Walt Disney World!

Whichever date you choose to go, you’ll be able to see holiday decorations at each park, special holiday touches like the Osborne Family Spectacle of Lights, Mickey’s Jingle Jungle Parade, and Cinderella’s Holiday Wish. You can even catch Mickey’s Very Merry Christmas Party if you want some extra Christmas Magic.

Visiting Walt Disney World either right before or right after Thanksgiving week, you’ll experience low crowd levels and cool temperatures – plus the magic of the holiday season at the most magical place on earth. But, if you go after Thanksgiving you’ll experience a little more magic. Okay, there’s one show in particular that Dad is thinking of, but Dad just thinks Christmas isn’t complete without the Candlelight Processional.

EPCOT’s holiday celebrations get into full swing after Thanksgiving with Holidays around the World, and Dad’s most favorite Christmas show of all – the Candlelight Processional. This celebration of the Christmas story is told in story and song three times each night in December, hosted by a celebrity narrator, and featuring several amazing choirs. You can even book a special dining package to get guaranteed seating. It is not to be missed!

Kellie, either time is a great time to visit Walt Disney World – but Dad favors the first week in December so much he made it his number one pick for the best weeks to visit Disney World mainly because the Candlelight Processional, which is just an amazing show that celebrates the season like no other!