Hop aboard Slinky Dog Dash – a special creation by Andy who “plussed” his new Mega Coaster play kit with his old pal, Slinky dog! This is definately the most colorful coaster in Walt Disney World.

Slinky Dog Dash is a GREAT family friendly coaster in Toy Story Land. It just might become more popular than Toy Story Mania! which has long been the biggest draw at Disney’s Hollywood Studios. 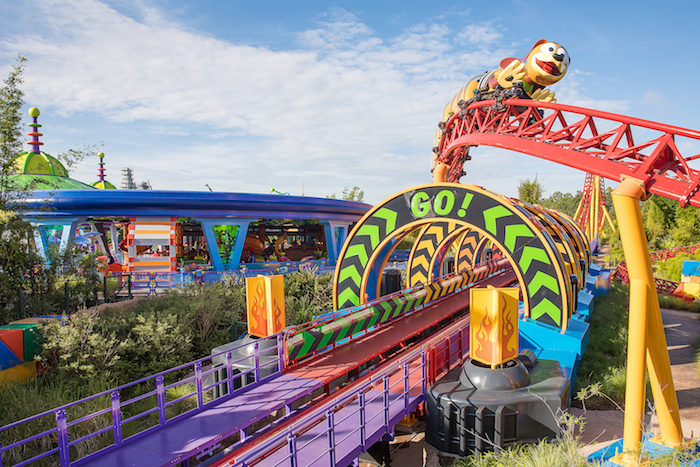 The preshow here is pretty cool – which is good because the lines are pretty long (At least for now). The premise of the ride is that Andy got a cool Mega Coaster play kit and he put it together. you get to see all the instructions and packaging from the box.

But it wasn’t quite cool enough – so Andy made some modifiations using his imagination and Slinkly Dog to make his new toy even better. You can see his concept art for how to assemble the all-original Slinky Dog Dash in the loading area. 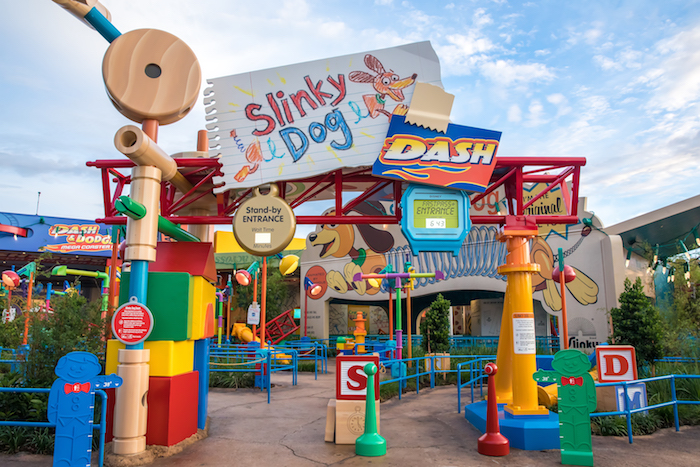 The queue is REALLY detailed – Photo by Brett Svenson

Slinky Dog Dash is designed as a family coaster. It’s a little more wild than Seven Dwarfs Mine Train, but it’s nothing like Space Mountain. It’s a tame thrill ride, if that makes sense. This is a great “next step” for kids working up their coaster courage, but it’s still a hoot for us adults.

You start out with a climb and then you swoop and and glide through Andy’s backward – take in all those details along the way. Then part way through the ride, you come to a short stop, “wind up” and take off on a final dash. It’s really fun.

Ride it again at night for a totally different experience as lighting on the track and in the land around you make everything look totally new.

While you’re waiting to disembark your car, Wheezy from Toy Story sings you a song. Isn’t that nice? 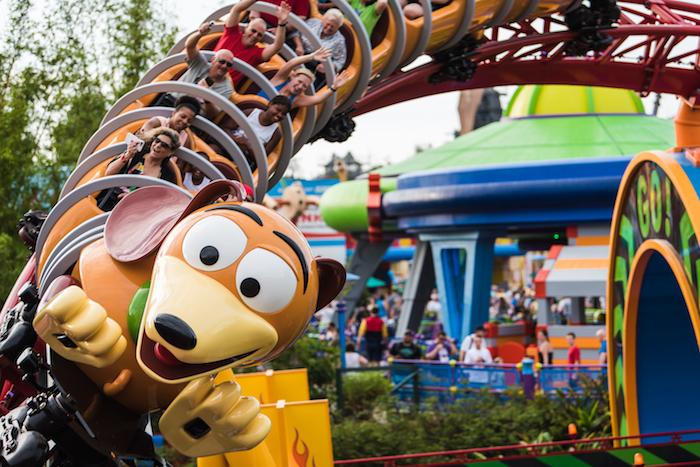 Slinky Dog Dash draws crowds from the second the park opens. Lines are expected to be several hours long for at least a year.

Who wants to ride Slinky Dog Dash!? Are they tall enough? Riders need to be at least 38 inches tall for this attraction. 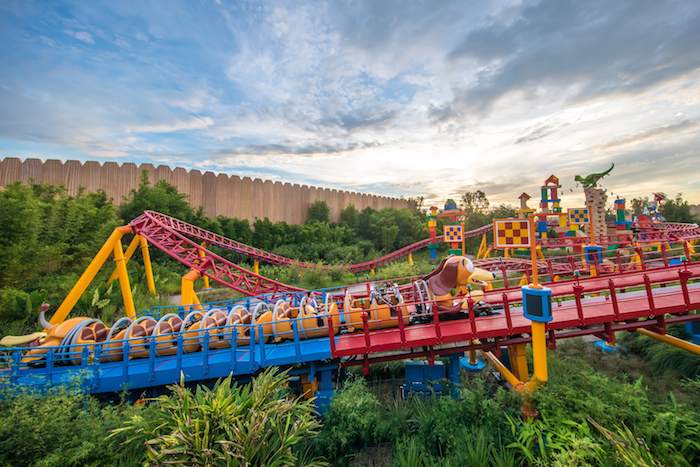 Dad rode this 4 times on his first day in Toy Story Land – and can’t wait to take a spin on Slinky Dog Dash on his next trip!