“Hi Dad, 10 of us are going this December. Five adults, five children ranging in age from 1 to 13.

I have already bought Mickey’s Very Merry Christmas Party tickets. What else is the worth the extra money? It is a special celebration. My 70th birthday, my son’s 10th wedding anniversary, they honeymooned at Walt Disney World, my other son got engaged at Narcoossee, and first trip for three the children.

I want it to be very special.” 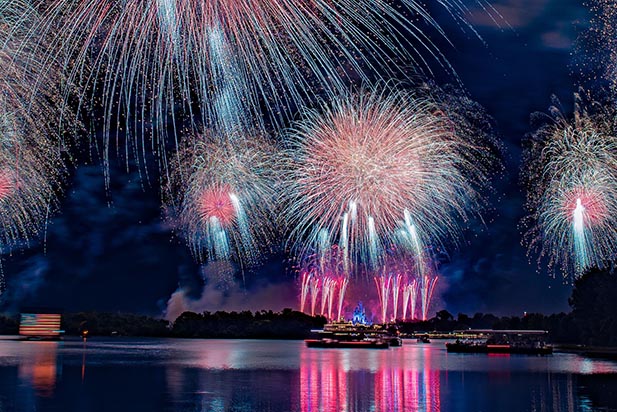 Pat, congratulations on all the celebrations, that’s really cool, really cool to go to Walt Disney World and celebrate a lot of stuff.

There’s so much you can do at Walt Disney World for celebrations, I could go on for a long time about that. Number one, you can have a great trip without doing anything extra, without spending any extra money. Just going to Disney World is a celebration. You have a couple special meals, but you don’t have to spend a lot of money to celebrate.

That being said, there are some things that really, kind could be really, really special. The one thing that for me, what we enjoyed, we went as a family of all adults, finally the kids married, first time we took the in-law kids, couple a years ago. One of the things we had the most fun at was the Hoop-Dee-Doo Revue, yee-haw, hoo, hoop dee doo doo. It was just a blast. It was a blast. It was probably the fourth, BEST. MEAL. EVER. of the week. It was just a great evening.

Good food, I love the food at the Hoop-Dee-Doo, and a good show. It’s just a fun time, because you’ve got time in the show to talk with the family, get involved in the show, it’s a good idea for a nice time as a family.

Another thing you could do would be to go on one of the tours. Disney has a whole host of tours, all the parks, even one that goes to all the parks. It’s a little long, it’s seven hours long, so probably with little kids, probably not a good idea. But maybe a Keys to the Kingdom Tour, maybe the Train Tour. Every park as several tours. Check them out. Disney’s Tours page.

Or, you can actually rent a boat that will hold the whole family and just go out and sit, you can do this at EPCOT or the Magic Kingdom, and watch the fireworks together as a family. That, I think I would save for last night, right before you leave, have a great little fireworks cruise. You can even get one where you can have dinner on the cruise. You can get all kinds of stuff. Disney’s specialty cruise page.