Is there a lot of Stitch stores and/or Stitch things at Disney World. I’m a big Stitch fan and wonder if there was any specific stores for Stitch. 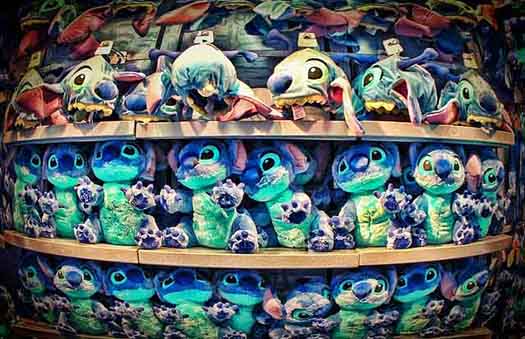 Dad’s not my favorite character Answer

The short answer is, yes, Stitch is everywhere at Disney World. Stitch even has his own ride with the accompanying merchandise shop outside.

I have to be a bit careful here, because, Stitch is not my favorite character.

(This next part is humor.)

And then they opened the ride. (I’m being serious here) I still think this is the worst ride at Disney World. Stitch is not cute in this ride. He’s scary.

I have to admit, we didn’t like Alien Encounter (the ride Stitch replaced). But just replacing the alien with Stitch didn’t improve the ride at all.

Enough of that. You wanted to know about seeing Stitch and getting merchandise. You can always find Stitch at the Best Friends Breakfast with Lilo and Stitch at ‘Ohana. Stitch is also found in EPCOT (we saw him there several times during the Palooza), in the Magic Kingdom at Tomorrowland by the Stitch ride, and in Disney Hollywood Studios. 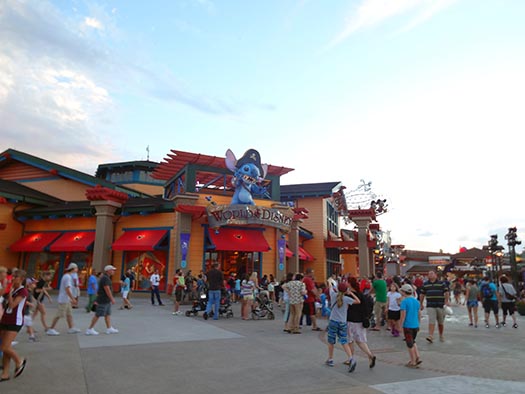 As to merchandise, I’d start at the “Stitch” gift shop outside of the ride. You’ll also find Lilo and Stitch merchandise at almost every shop on the property. In fact, you’ll find him on the sign to the entrance of the World of Disney shop in Downtown Disney.

The bottom line is you won’t have any problem finding Stitch stuff. It’s everywhere.