OK, so we’ve all heard the old saying Stuff Happens (probably not the words you are used too, but those are Dad’s words.) One thing we don’t think about is . Duh! 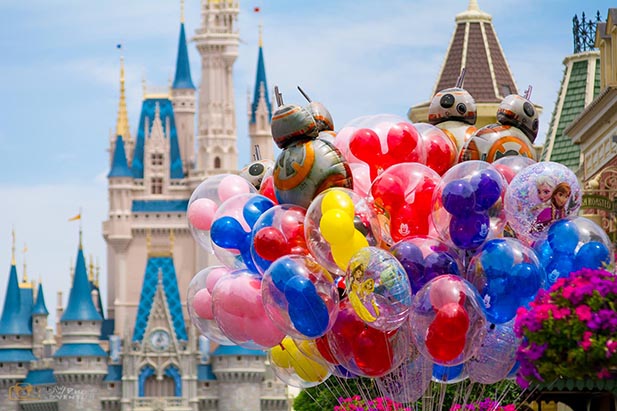 OK, Dad. What on earth is eating at you today?

I don’t know? Maybe it’s something I had to eat, or maybe it’s the (shhhh, don’t tell anyone) book I’m writing. Or maybe it’s the long talk I had with my sister about her trip a couple weeks ago, but it’s been on my mind for a while.

Do I have your attention now?

This goes all the way back to (key the fuzzy video and the time machine music) the first time Dad planned a trip to WDW. Wow. that was a real Stuff Happens moment. See, it even happens to Dad.

Or how about the time it rained for 40 days and 40 nights (at least it seemed that way)? That was a pretty miserable Stuff Happens moment.

Yes, it rains in Florida.

Did you know that people get sick (hard to believe, but it happens) at Walt Disney World. How “sick” is that?

And sometimes it’s because of Walt Disney World like Mission Space or the Tea Cups (Dad will never get over that one and I was 6 at the time.)

OK, seriously, when we took the whole bunch, one of the kids got really sick, then in a few hours his mother joined him. High fever, throwing up, and all that yucky stuff. I was just glad it wasn’t Mrs. Mom and one of our kids. I would have missed them while we were at the parks.

So what on earth do you do when Stuff Happens at Walt Disney World?

Finally, Dad gets to the point.

I guess I will get to the point.

So, here’s what to do when Stuff Happens.

Deal with it. Duh!

What? What’s wrong with that? Would you rather I say, “when in danger, when in doubt, run in circles, scream and shout”?

Yes, I know it sounds kind of harsh, but when problems crop up, you just have to deal with them.

So it rains. Deal with it. Poncho Up and Soldier On – great new acronym Dad invented. PUSO. Say it with me, “puso”. Just rolls off the tongue doesn’t it? Disney will help. If it starts to rain, the silly translucent ponchos will start coming out of the woodwork at all the shops and carts around WDW. Disney is so helpful.

Besides, most of the rides are indoors, and who isn’t a big fan of “singing in the rain?“

There are even doctors that will come to the hotels. We had one come and see our sickies when the whole bunch went. Fixed them right up. Only cost $200 if I remember right. Of course that over 10 years ago. $200 was a lot of money back then.

You can even pre-Deal with it, using the Boy Scout Method – Be prepared. Mrs Mom is really good about being prepared. Her Magical Fanny Pack has everything we could ever need, except when it doesn’t. Still, good planning can overcome most of the Stuff that Happens when you’re at WDW.

Sometimes there’s the Stuff is really bad and you can’t Deal with it alone. Check out this story. I got this letter a few weeks ago –

I just wanted to thank you for the wonderful recommendation for the travel agency, Destinations to Travel. Stacy was an amazing resource for our recent 25th Anniversary trip to WDW. She planned the perfect, fairytale getaway for myself and my husband to The Beach Club Resort.

Everything was perfectly planned for a magical vacation of a lifetime. As fate would have it, my husband became ill on the second day of our trip and required emergency surgery and hospitalization for the remainder of our trip. We were beyond heart-broken! Upon return home, I wrote to Stacy to thank her for her services and let her know what had happened. I asked her if she could help us re-do the wonderful trip that she had planned for us on a future date.

She responded within minutes to let us know how sorry she was that this had happened and immediately got in touch with her regional and district managers to see if there was anything that they could do to help us afford another vacation. Stacy worked many hours into the night to be sure that she was able to work some Disney Magic for us.

Her caring nature is exceptional, and I cannot thank her enough for all that she has done for us. Because of her magic and pixie dust, our Disney Dreams truly will come true!

PS. (Yeah, I know the PS. comes at the end, but this seemed like a better place for this one.) This is an example of why Dad HIGHLY recommends using a Travel Agent when going to Walt Disney World.

I know, you’ve planned a trip a hundred times. YOU don’t need a Travel Agent. I hear you. I’m much the same. I’ve even was a Travel Agent for a while so I do know all the tricks and I still use a Travel Agent when I book my trips. So if something goes wrong with my trip and I can’t Deal with it, I have some help.

Of course, we always recommend Destinations to Travel. They are our partners and our friends. I talk to them just about every day.

Stuff Happens – Even at Walt Disney World. When it happens, you just have to Deal with it. Sometimes it easy. Sometimes it’s harder. Sometimes you just need a nap (which is happening more and more often to Dad these days.)

The Bottom Line is Stuff must be dealt with. Duh!