Generally, all the Disney World tips for visiting with young children suggest taking a break midday and returning to your hotel. However, I read a suggestion today that stated that you should not leave the park on the busiest days because if the park reaches capacity you may not be allowed back in. Is this true?

We will be visiting around Easter with our 3 year old daughter. I know it will be busy, but I would like to leave the park midday. Should I be concerned that we might not be allowed readmission to a park? 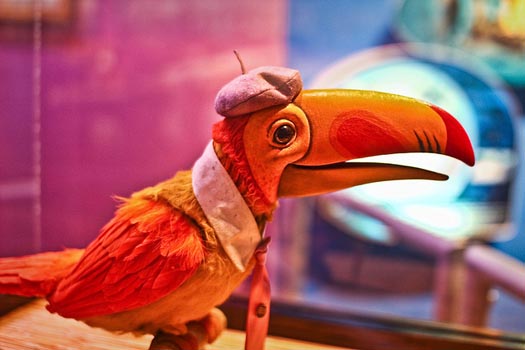 Teresa, there is some truth to what you read – Disney does close the parks on the busiest days of the year. We can’t fault them for this, they have to for the health and safety of guests and Cast Members. I’ve read a lot of fear-mongering comments online that could scare people off going to Walt Disney World altogether, but we have to remember to take them with a grain of salt.

Parks will close when the reach capacity, which only happens on the absolute busiest days of the year – Christmas, New Years, the 4th of July. Sure, it can happen at other busy times like Easter, but its unusual. The Magic Kingdom is the most likely to be closed due to popularity, and EPCOT is least likely to close because of its massive size.

If you leave a park mid-day, and that park has reached capacity, you will not be allowed back in. However, most parks typically reopen once guests begin to leave, so if you were to leave around, let’s say, 2pm – you’d have time to go for a nap and a swim, maybe have dinner at your hotel, and return around 7pm, when guests would likely be admitted again.

If you are a guest at a Disney hotel, you are guaranteed entry into a park – but bear in mind that does not mean any park. If the Magic Kingdom is closed, you’ll be sent to another park that is still open for guests.

Dad’s friends at Touringplans.com have a really great analysis of how park closures work. You can check it out here – it might help alleviate your concerns. They can really help you plan your trip – they have crowd projections that will help you figure out which day to visit which park, and their touring plans will help you see more of the park in less time so you don’t have to worry about missing out by taking a mid-day break.

Speaking of that mid-day break, take it! Trust me – from parent to parent, this is the best advice I can give. You and your daughter alike will be hot, cranky, and upset if you try to stick out the whole day in the crowds and heat, and then no one will be having fun! A nap or a swim (or both!) at the hotel are just the thing to get refreshed and recharged for more fun! Disney is tiring, and parents need a rest just as much as kids!

If you can’t get back to your room (sometimes it just doesn’t work in the plan) you can find a cool place to sit down and relax. The Man-Child is famous for this. He can sit down and get refreshed (meaning sound asleep) in several of our favorite attractions. I don’t think he’s ever seen a full showing of the Enchanted Tiki Room. (Even at 19 he slept through it.) He also loves the Hall of Presidents.

Teresa, try not to be concerned. Do your research and make a plan to avoid the worst crowds so you don’t need to worry about re-entry. Remember to take a mid-day break. And be flexible – if you can’t get back into the park of your choice, pick another one or spend the evening doing something outside the parks – swimming, movies, Downtown Disney, mini golfing… Walt Disney World has lots to offer outside the parks!