If you’ve read much of what I write, you’ll know that Dad LOVES Christmas at Walt Disney World. I thought it would be fun to share my 12 things I love about Christmastime at my favorite place. 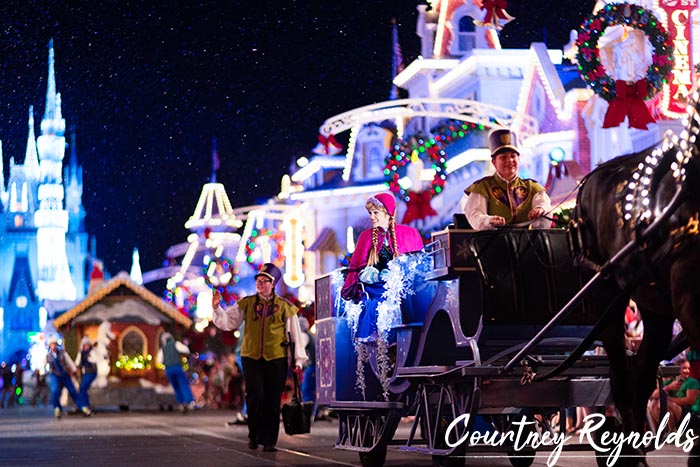 There is nothing more festive than Main Street at the Magic Kingdom during Christmas. I just love all the decorations. It’s the perfect place to people watch, to see, especially in the evening, Cinderella Castle all lit up, to walk through all the shops with all the Christmas gear for sale. It’s just about my favorite place in the whole world. 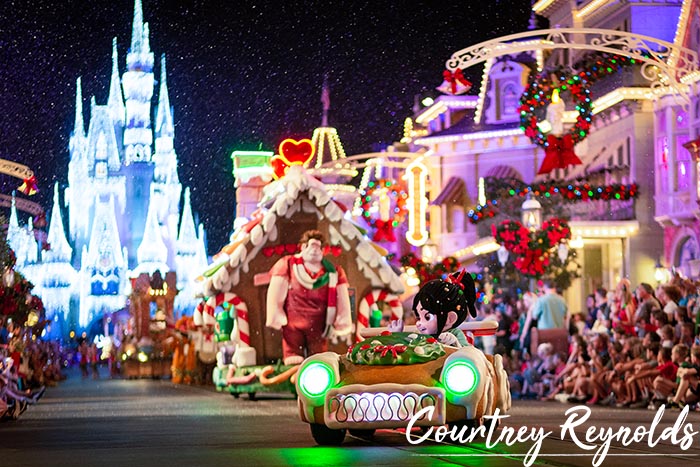 I love the parade, the fireworks and all the special Christmas shows around the park. Oh and the new drinks and snacks. Yummy. What could possibly be better than a night at Mickey’s Very Merry Christmas Party? 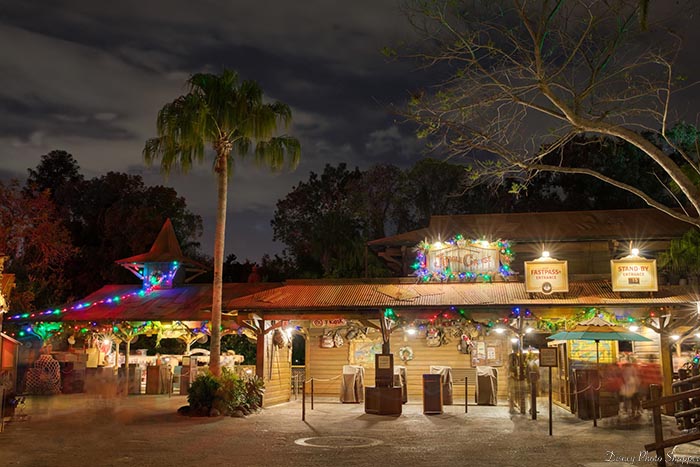 The Jingle Cruise is great – Photo by Brett Svenson

If you are a Christmas fan, you’re going to love the Jingle Cruise!

Holidays Around the World Food Booths 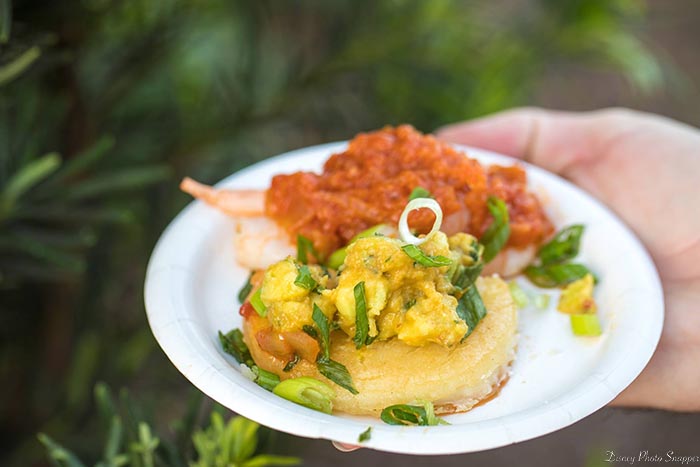 This one is pretty new, and I haven’t gotten to sample it yet, but the pictures look pretty awesome.

Any time you can get turkey and dressing you have my attention and the Buche de Noel au Chocolate at Le Halles looks like a heart attack waiting to happen (that’s a good thing when it comes to desserts).

Come on Mrs. Mom, admit it. Festival of the Holidays is calling us. 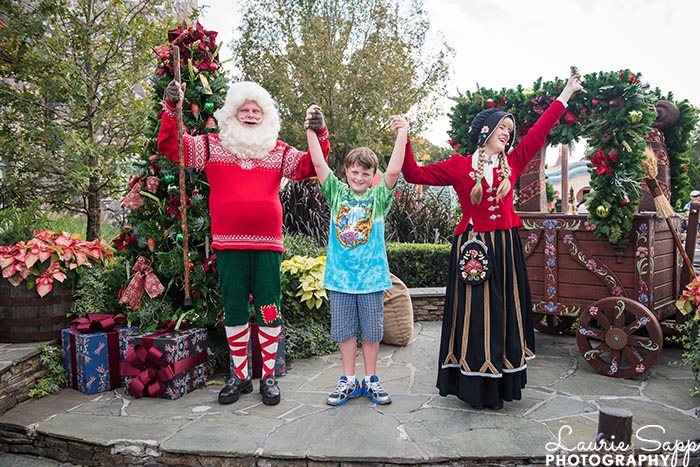 What a story – Photo by Laurie Sapp

One of the things that makes Christmas at EPCOT really special is the Holiday Storytellers. Hear the stories of the holiday seasons from countries all around the world. It’s interesting to hear the different traditions and how they got started. Some are very different from ours. 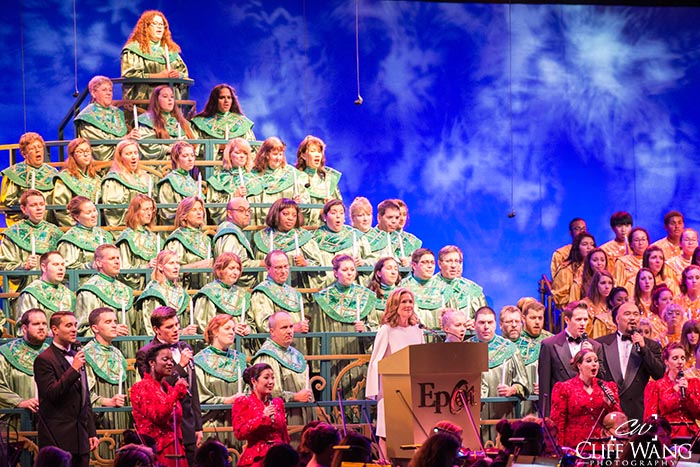 It doesn’t get any better than this. – Photo by Cliff Wang

In fact, last week I wrote about the reasons I love the Candlelight Processional.

It’s just not Christmas at Disney World without it. 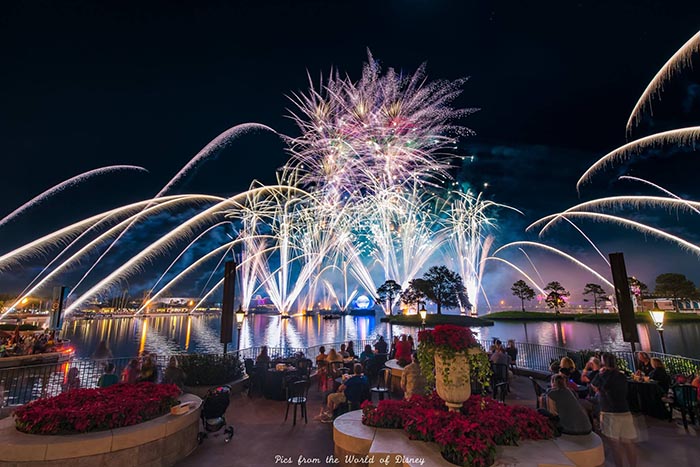 I love the Holiday extra fireworks – Photo by Laurie Sapp 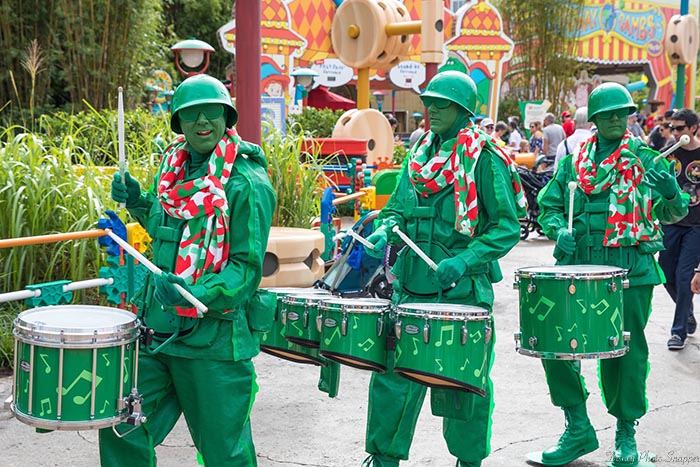 Even these guys get into the act – Photo by Brett Svenson

This year was the first year for Toy Story Land. I was really interested to see what they did with the decorations since year around there are Christmas lights strung through the land.

The Christmas decorations in Toy Story Land are just cute. The Green Army Men with a Christmas scarf, Rex with reindeer ears, the Aliens as Christmas Tree ornaments, it’s all just so cute. 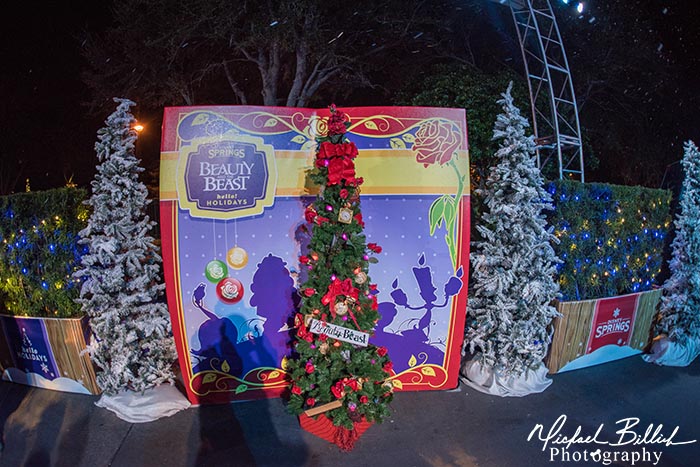 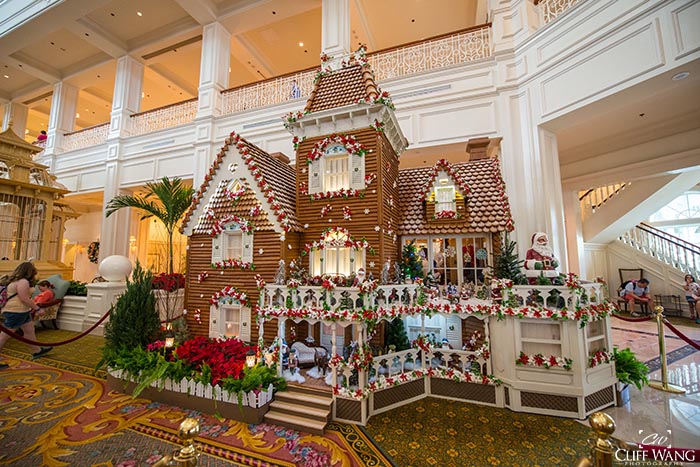 This is just the best – Photo by Cliff Wang

I sure don’t want to leave out the hotels. One of my favorite things to do is to check out the decorations at the hotels. Even the Value Resorts. It was so much fun walking around the Pop Century last month the day the Christmas decorations went up and looking to see what they did.

One of these years, I’m going to take a day and go to every resort and check out the Christmas decorations. I might even follow my own Christmas Crawl…

I don’t know how many times walking down Main Street I’ve heard, “It’s the Most Wonderful Time of the Year”. Everyone should hear that song the first time they walk down Main Street during the Christmas season. It really sets the mood.

The music is even themed a bit. I don’t think they ever play “Santa Got Run Over by a Reindeer” in the Magic Kingdom, EPCOT or Animal Kingdom, but they do in Hollywood Studios. I heard it last month. It makes sense.

The Christmas music helps to set the mood, it “makes the season bright”, it’s really special.

The Whole Family Being There

The thing I love most about Christmas at Disney World is when the whole family is there together. Lately I’ve been making a lot of trips by myself which is good, but not the same. The best trips we’ve ever had are when the kids and even the in-laws were with us.

Yes, kids, Dad’s saying a trip to Disney World at Christmas may be in the near future.

If you haven’t figured it out yet, I pretty much love everything about Christmas at WDW.