One of the things I get asked a lot about is the educational things at Walt Disney World. “Should we take the kids out of school? Are there educational areas at WDW? Is there something I can tell my child’s teacher that we will teach them while we’re there? Isn’t it just a big theme park playground?”

This week, I want to talk about my five top educational areas at Walt Disney World. The areas where kids can learn and have fun doing it. The areas where you can tell schools and teachers you’re providing your kids with great opportunities to learn. 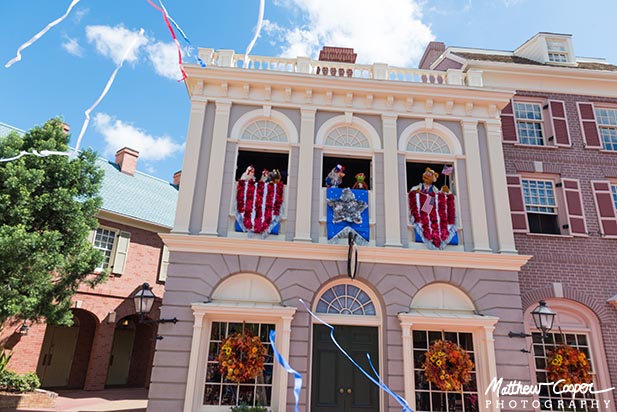 The Muppets are really funny – Photo by Matthew Cooper

The big educational attraction in Liberty Square is the Hall of Presidents. It tells the history of one of the most unique political positions in the whole world. It all starts in the atrium where you have the Great Seal of the United States. There are also several artifacts that are in the atrium including portraits, documents and even some clothing worn by the presidents .

Then you go into the show where you get to see all the 43 presidents be introduced and acknowledge their introductions. You’ve got the speaking by President Trump. Like him or not, he talks about the history of the Presidency. That whole show is just very educational.

Behind the Hall of Presidents you have the Liberty Square Riverboat. On the other side you can see the Liberty Bell itself. There’s Liberty Tree Tavern, where you can go see the old-fashioned garb that people wore back in the early days and you can have an old-fashioned historic meal from what they would’ve had back in those days. Not really, but kind of.

Probably my favorite part of that whole Liberty Square area is the new show, the Muppets Great Moments in American History, but mostly the American parts, as Sam Eagle says. I really like that show. It’s so cool, but it really is history. It tells you about the history of the writing of the Declaration of Independence. Liberty Square is a great area for history at Walt Disney World. 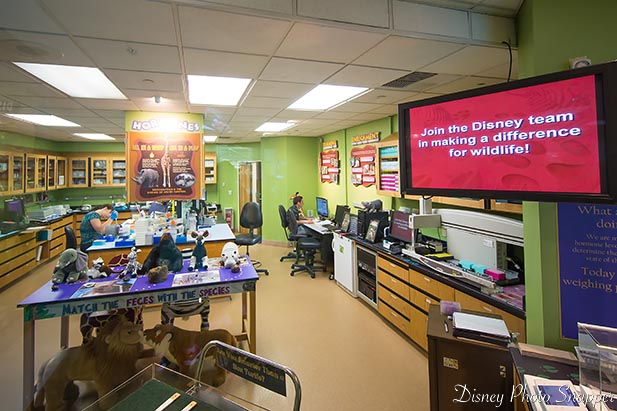 The second area that I think has the best educational opportunities at Walt Disney World, is Animal Kingdom, all of Animal Kingdom.

All through Animal Kingdom you have all the little exhibits where there are animals with either handlers telling you about them or plaques with information.

Kilimanjaro Safari may be the most interesting educational activity at Walt Disney World. Hop on a safari vehicle and go out and see all the animals in nature, in their elements. Up close and personal. Sometimes really close.

Next comes the bird show where they actually teach about the birds, and the problems that they’re having in the wild, and how they act in the wild. Plus you can take a train back to Rafiki’s Planet Watch where Disney animal handlers show how they care for the animals. It’s pretty fascinating.

Don’t forget the trails, Pangani Forest Exploration Trail and the Maharajah Jungle Trek, where you’ve got actual animals that you can get up close to. Tigers, Manatees, Fish, Bats, Snakes, Spiders (I think there’s a Jim Stafford song in there somewhere) you can spend as much time as you like exploring nature up close and personal. I could go on and on about Animal Kingdom. Ok I will… You’ve got the Dinosaur ride, where you’ve got the replicas of the T Rex and take a trip back to the time of the extinction event.

The. Wilderness Explorers program is truly educational. Kids earn badges from educational activities. See animals up close and learn nature skills are just some of the challenges during Wilderness Explorers. Disney has done a lot to make the learning about life fun, how life works, how nature affects us like It’s a Bug’s Life. Yes, even the bugs get into the act.

The Seas with Nemo and Friends 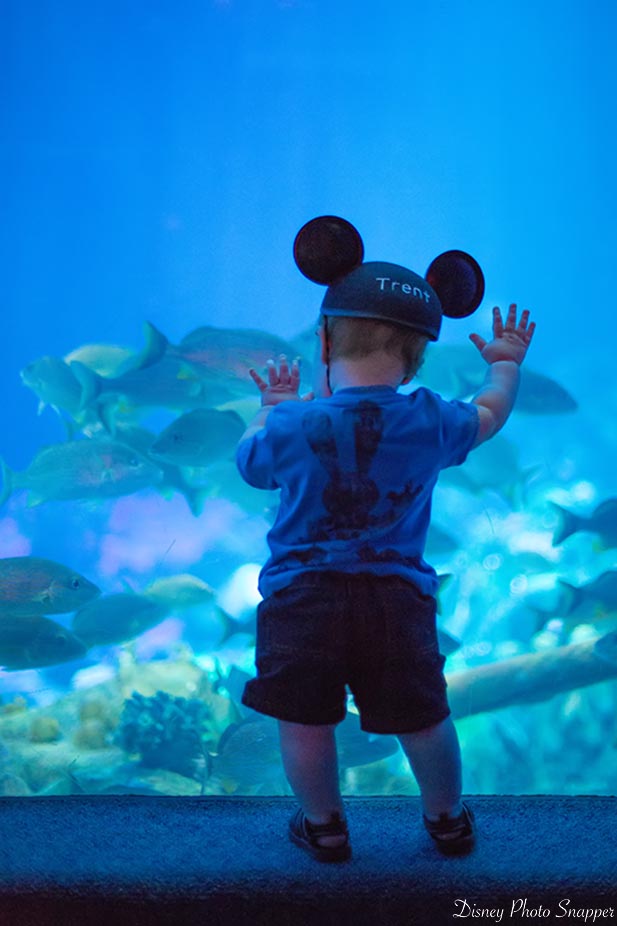 Area three, is the Seas with Nemo and Friends. Again, you get to see the animals, the actual fish and mammals. You got the manatees. You’ve got the dolphins. You’ve got the stingrays. You’ve got all the different animals. You’ve got the clown fish. The second biggest aquarium in the world (the biggest when it was built) is full of educational activities.

You walk through and see all the tanks and learn about the different sea life. If you’re really adventurous you can actually get into the water and really get an up close and personal experience.

The Seas with Nemo and Friends is a great place to learn about how nature works.

Dad’s The Seas with Nemo and Friends page 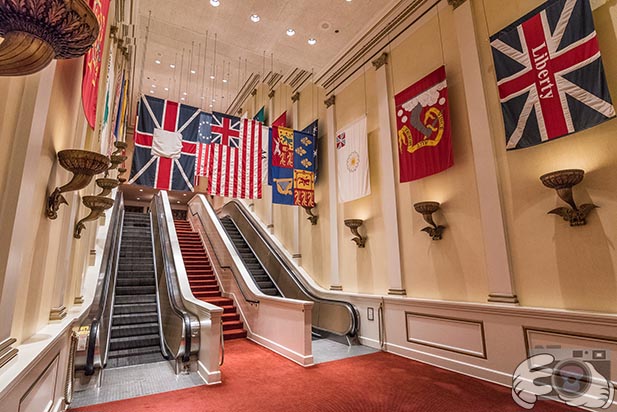 There are 11 pavilions in the World Showcase where nations from around the world give a look at their countries, their history, their culture and even the foods they eat.

One of the best opportunities for education comes from the Cast Members in the pavilions. They actually come from the countries. Talking to them is an educational experience. They are happy to tell you about their country and how they live. 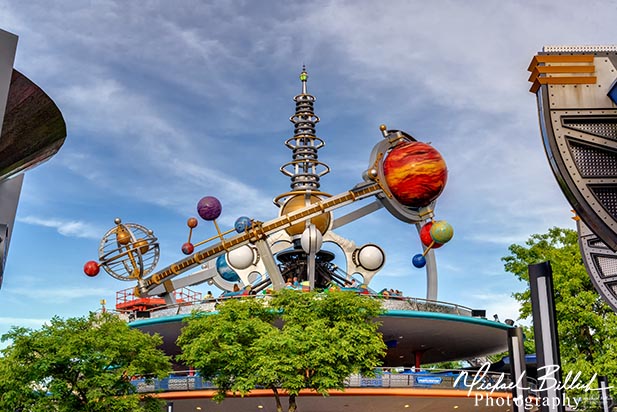 Then my last educational area at Walt Disney World is my favorite one. It’s Tomorrowland. Dad, Tomorrowland, really? Educational?

The education starts at Tomorrowland Transit Authority, yeah, that thing that circles the area, while it doesn’t seem educational there’s a big opportunity here. Walt wanted to design a new propulsion system to power some of his ideas. He came up with what’s called the linear induction motor. It’s the little thing that powers Tomorrow Land Transit Authority. It’s a very interesting way to power things using magnets. A form of it is currently used to propel high speed trains and elevators. Pretty educational, right?

The Monsters, Inc. show is educational in how they can take somebody voice and make it sound Mike Wazowski. That’s just cool. There’s centripetal force in Astro Orbiters, there the first computerized roller coaster at Space Mountain, there’s lasers at Buzz Lightyear and some pretty awesome history at the Carousel of Progress.

I could study in Tomorrowland all day.

The bottom line is, from the time you get under those arches that says, “Welcome to Walt Disney World,” there are educational opportunities all around Walt Disney World. Disney makes it fun. It’s a great place to teach your kids and do it in a fun way, a way that’s not boring.

What educational experiences have you had at Walt Disney World? Have you ever taken the kids out of school? did you create lesson plans? We’d love to hear about your experiences. Put them don it he comments below.