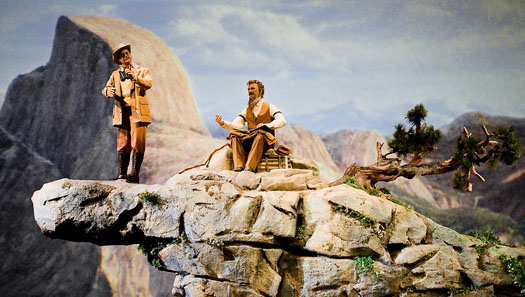 You can visit this attraction just about any time. You will only have to wait the length of one show. If you show up and it’s 30 minutes until the next show, run over to Liberty Inn or one of the concession carts and grab a snack, but don’t miss …

The Voices of Liberty perform before almost every show. This a cappella group sings inspiring songs. This is one of the best preshow’s in all of Disney World.

The Voices of Liberty 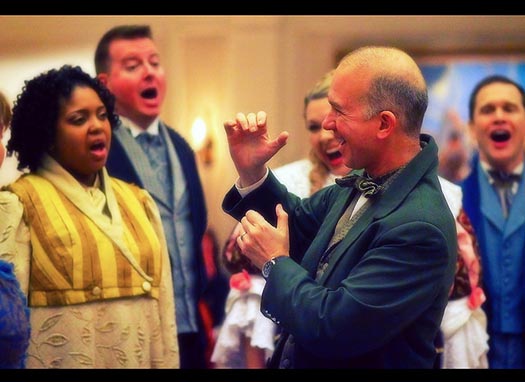 After the Voices of Liberty finish, you will be directed up a set of escalators through the flags of nations into the theater which holds more than 1000 people. Mark Twain and Ben Franklin lead guests through time. You see several famous scenes –

“Performers” in the scenes include Thomas Jefferson, Frederick Douglass, Susan B. Anthony, Alexander Graham Bell, Teddy Roosevelt, Charles Lindbergh, John F. Kennedy and Martin Luther King Jr. They have movements that are very lifelike. The Imagineers have designed scenes where the figures seem to make eye contact and even to respond to things like the wind.

Brother can you spare a dime 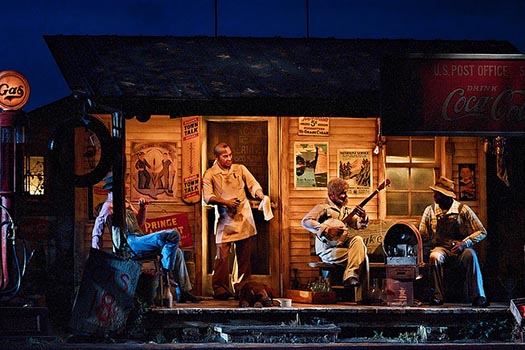 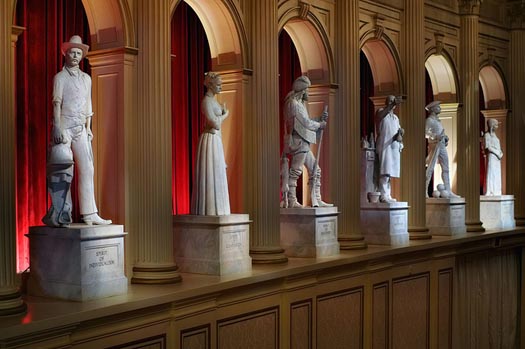 This attraction first opened with EPCOT in October of 1982.

The show tells the story of America. History can be boring to some, but the scenes and the movie are really inspiring.