The Barnstormer starring the Great Goofini is one of the new rides in Storybook Circus.

When the circus pulls into town there is the big show act, and there is the secondary act The Great Goofini, well, he doesn’t get top billing. He runs second to an elephant who flies. (How sad). 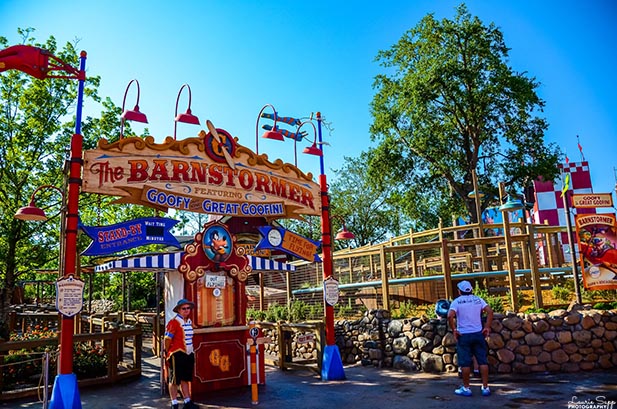 It all starts here – Photo by Laurie Sapp

The big thing is The Barnstormer. The ride. The ride is about Goofy the stunt pilot taking you on a flight around the countryside.

Here is the official story from Disney Imagineering…

“The greatest show in the kingdom, The Storybook Circus, has just come to town and set up in beautiful Carolwood Park. There’s fun and pageantry to be had for everyone. But if it’s thrills you’re after, The Barnstormer featuring Goofy as the Great Goofini is one attraction you won’t want to miss!

“The circus’ fearless daredevil, the Great Goofini, has become the resident flying ace for his latest spectacular showcase of aerial acrobatics and bravery. It’s ‘plane’ crazy and sure to leave you breathless.

“And that’s just the beginning! The Great Goofini will stop at nothing to amuse and entertain his audience. The Canine Cannonball, the Reckless Rocketeer and Bear Wrasslin’ are just few of his notable feats of peril showcased in fully illustrated posters that line the circus walkways.

“So the next time you visit the Storybook Circus in search of some excitement, keep your eye out for the Great Goofini. You never know if he’ll be blasting, crashing, or soaring through the skies, but you know you’ll definitely have a good time watching!”

The Barnstormer photo and story courtesy of Disney Parks Blog

When you enter the line, you pass the ticket booth where there is an out flying sign. As you walk through the line you will see all of the Great Goofini’s exploits. The posters. The canon that shoots the human Cannonball, the target with Goofy’s shape in it and even a crashed rocket.

The line is located (unlike most Disney attractions) outside in the bright sunshine. There are several shade covers that line the line (love Dad’s aliteration). The shade covers look like targets. What’s up with that? 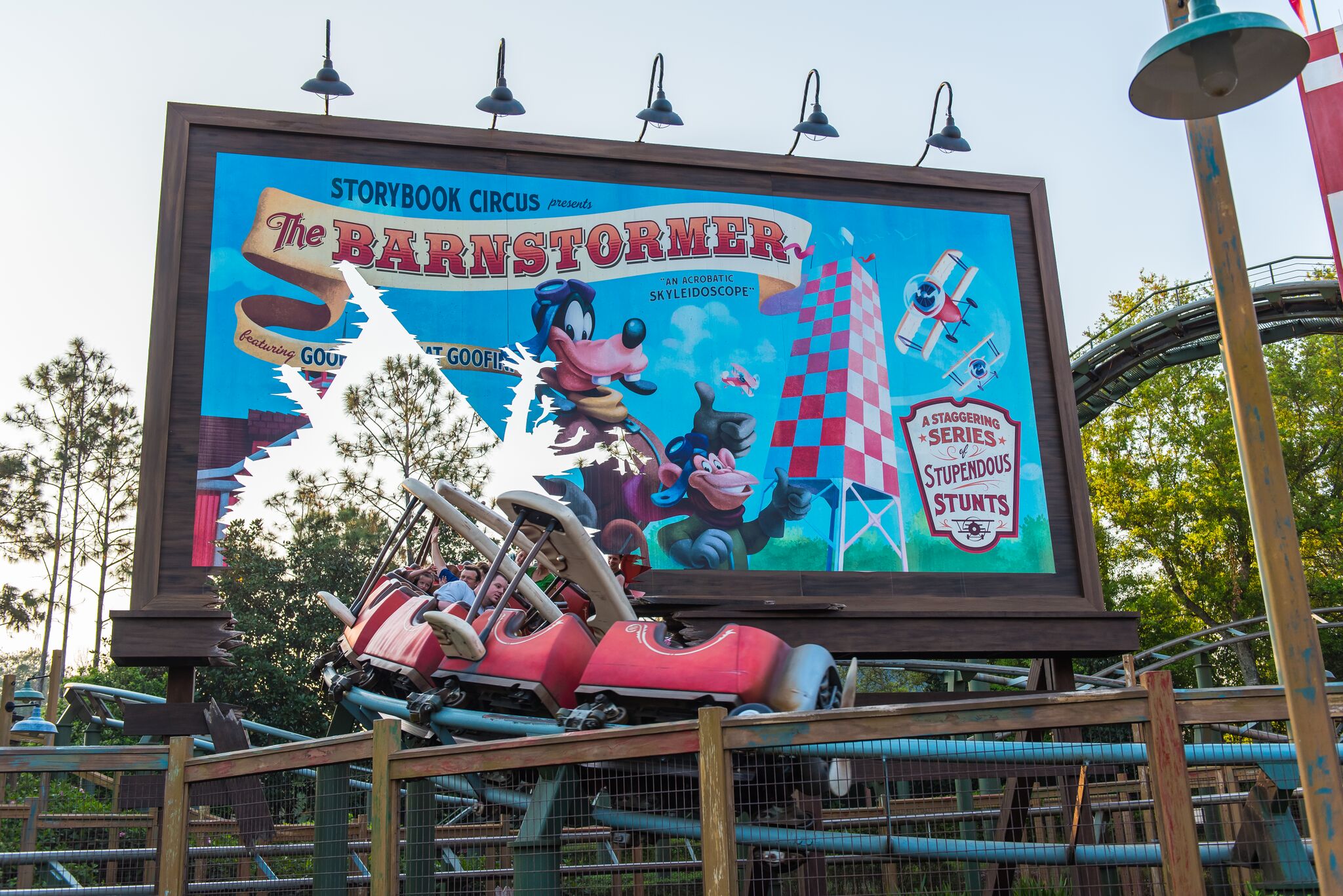 Walk in to the barn and hop in your airplane. Yes, the roller coaster vehicle is a 16 seat stunt plane complete with propeller (that turns while you fly) and wings. You are seated and then you take off on one of the shortest rides at Disney World.

The Great Goofini “flies” you through a seires of air racing pylons like you would see at the big air races. You take off from the barn and climb up through the first pylon that Goofini has crashed into a time or two.

In less than two minutes you land back in the barn and hop off. Check it out…

Unlike a lot of the rides at Disney World, there is no gift shop to exit into. Make sure to check out the old crash helmets and the first and “second” aid boxes that sit in the exit area.

The Barnstormer opened in Mickey’s Toontown Fair in October 1, 1996 as part of Wiseacre Farms. Closed with all of Toowntown Fair in Febuary 2011 as part of the Fantasyland expansion project. (This is the only thing from Toowntown Fair that survived.) Reopened on March 12, 2012 with the Great Goofini. This area was originally a petting zoo known as Grandma’s Duck Farm. 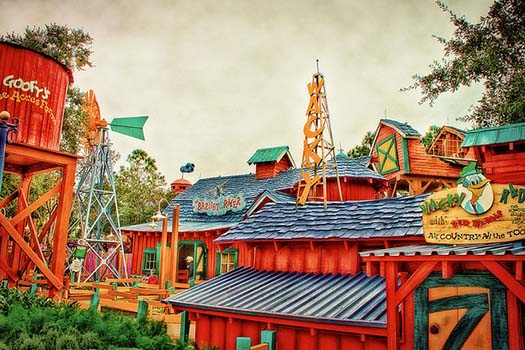 This ride generates long lines all day long. The best time to ride is early in the morning, late in the day or during parades.

Is your child tall enough to ride? Yes, there is a height requirement to ride it.

You have to be at least 35 inches tall to ride.

This is a really neat roller coaster for the younger set. The new Barnstormer theme is just really cool. If you have kids to small for the “Mountains” check this one out.