What are the BEST snacks at Walt Disney World? Mmmm. Let me think. This is going to be Simple! Might even be Fun! and who knows, there might be a little Magic too!

Let’s start with my favorite snack at Walt Disney World. Can you guess? 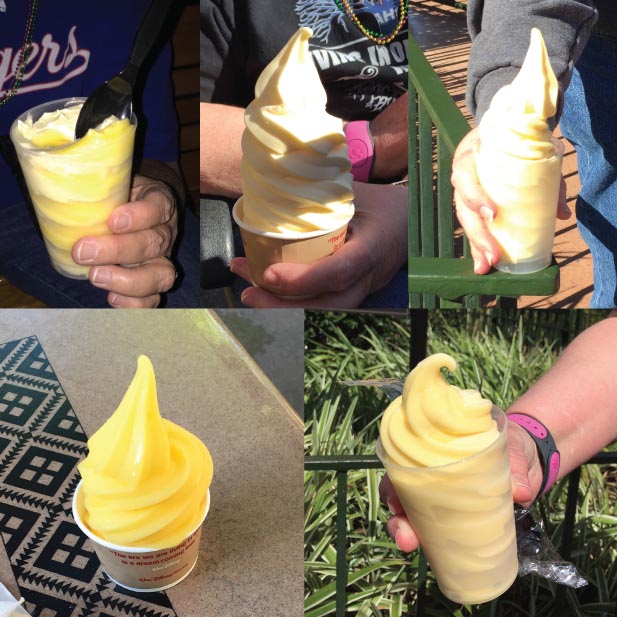 A Dole Whip a Day – Photos by Dad himself

Mrs. Mom and I went to Walt Disney World back in November. We were there for six days and we had five Dole Whips. We missed the last day. We had planned to get one, but our plans kind of got interrupted in the evening, so we didn’t get our Dole Whip the last day. A Dole Whip a day keeps the doctor away. That’s kind of my saying. I came up with it. (Pats himself on the back.) 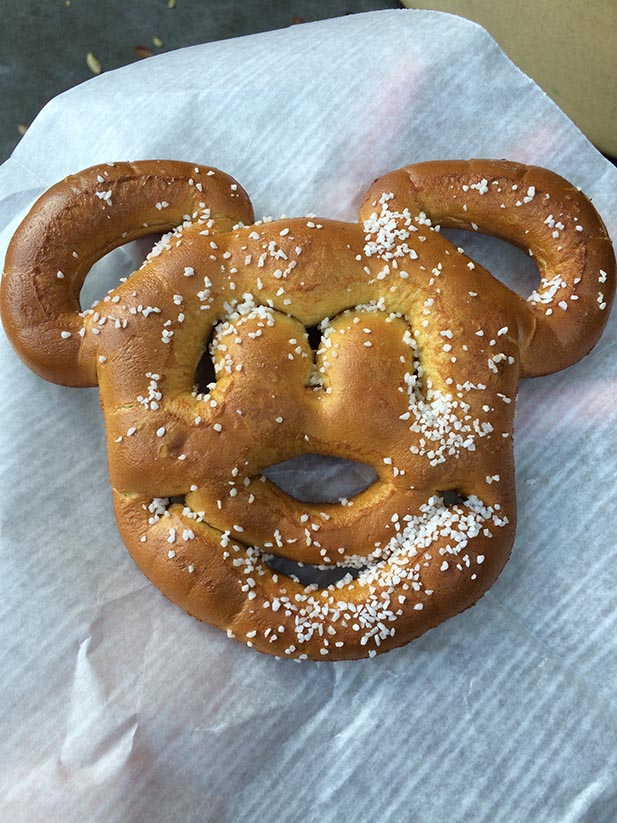 Number 2 is a Mickey Pretzel – Photo by Stephanie Shuster

There’s no better snack in the middle of the afternoon when you have the munchies. Grab a Mickey pretzel and life is good.

Items at the Festivals 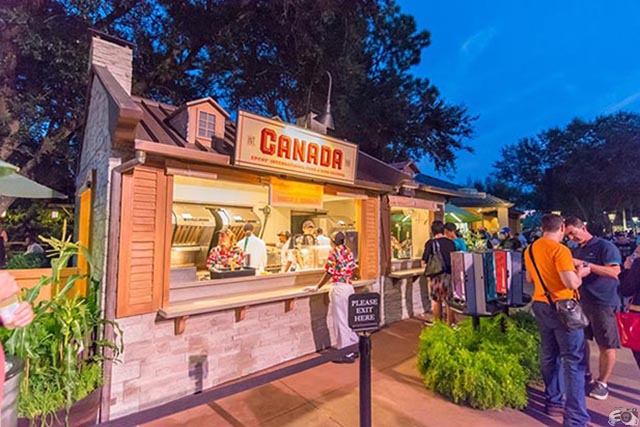 The food booths all have small snack like items. My favorite “snack” at the Food and Wine Festival is the steak at the Canada booth. It’s soooooooo good! We went in November and tried to eat our way around the world, but there’s no way we could have tried all 50 booths. We gave it the old college try, and did some major damage but we didn’t get to all of them.

We’re going to the Festival of the Arts next week and to the Flower and Garden Festival in May. It’s research. Dad takes one for the team.

Number four is … I’m going to do this for Mrs. Mom, because she just loves this. Crème brûlée at Les Halles. Now you might say, “What is Les Halles? Where is Les Halles?” It’s that goodies place in France. The full name is Les Halles Boulangerie Paitisserie. It’s actually pronounced “lay all”

At Les Halles, they’ve got great crème brûlée. But they’ve got all kinds of snack items. For me, it’s probably something like a chocolate eclair, or something like that. I can go in there and I can just dream. I gain five pounds walking in the door of that place. They just have so many good items. Stephanie, my assistant, this morning was talking about this bread thing that had bacon in the dough that they sell. I’ve got to get one of those. 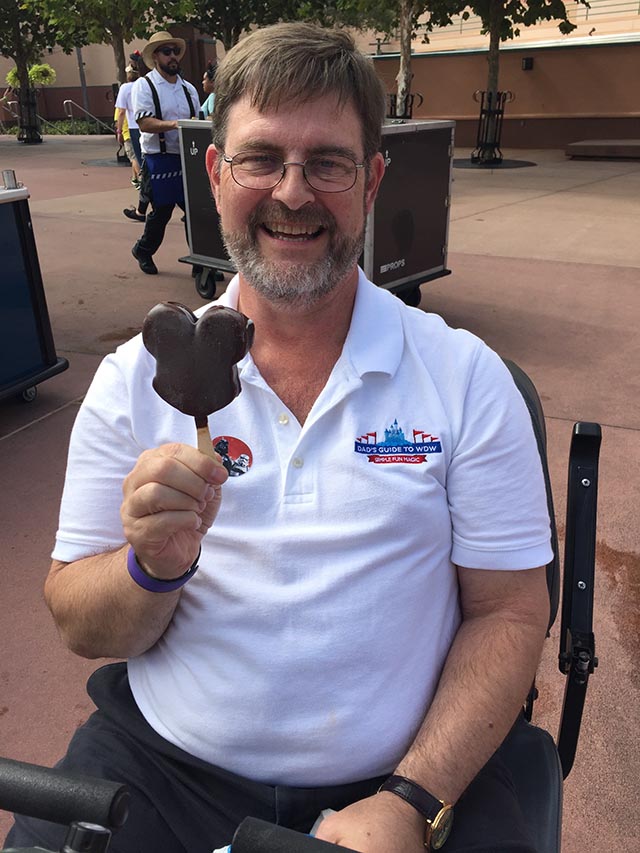 Number five, everyone has to have a Mickey bar, at least once. I love my Mickey bar. I eat at least one every trip. If I could get them at home, I’d weigh four hundred pounds.

The Mickey bar is the perfect marriage of chocolate and ice cream. I like vanilla ice cream but not by itself and adding a coating of just the right taste of chocolate. Dark chocolate. Yummy!

For more information about the Disney Dining Plan go over to…

There are hundreds of really good snack items around Walt Disney World and a lot of them are just fabulous. We could chat all day about snacks around the world, but I’d love to know what you think. What are your favorite snacks at Walt Disney World? Go ahead and tell us right down in the comments. I can’t wait to see what you like best.