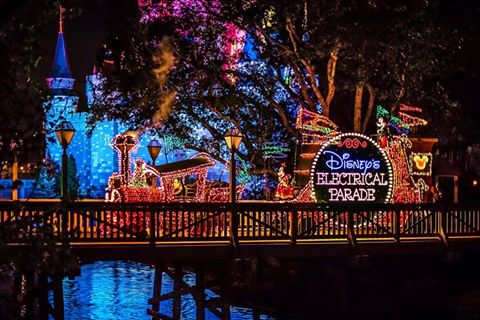 The lights will soon go out on the Main Street Electrical Parade, Magic Kingdom Park’s long-running nighttime procession of sparkling lights and twirling floats. Disney made the announcement on Wednesday on the Disney Parks Blog noting that the parade will have its last run on Oct. 9. That means fans only have a few months left to book another trip and see their favorite show one last time.

Disney stressed that the parade will not be featured during Mickey’s Not-So-Scary Halloween Party, which is on select nights staring Sept. 2, so plan your trip carefully. Dates for the parade can be found at the official Walt Disney World Resort website.

It is important to note that the parade will not be gone for long. The Disney Parks Blog mentioned that the parade will be shipped West and featured at the Disneyland Resort in California for a “limited-time encore engagement.” Disney has yet to provide further details on when the parade will re-open and for how long. It seems once its run ends at Disneyland, the lights may go dark, although nothing can be said for certain.

The Main Street Electrical Parade first debuted in 1972 at Disneyland in California. It wasn’t brought to Walt Disney World in Orlando, Florida until 1977 where it ran until 1991. The show went on an 8-year hiatus before finally returning in 1999. However, the parade didn’t last long and disappeared again in 2001. Nine years later in 2010, the Main Street Electrical Parade returned once more to Walt Disney World as the dazzling and enrapturing procession we know today.

The parade, which consists of over half a million LED lights, illuminates the street with scenes from our favorite Disney films—Peter Pan, Cinderella, Snow White and the Seven Dwarfs, Alice in Wonderland, Pinocchio, and Pete’s Dragon Elliott.

Some of the most memorable floats include a 23-foot-tall Clock Tower looming over Cinderella’s Ball, a smoke-breathing Dragon named Elliot, and108-foot-long American flag finale—Walt was rather patriotic.

Each float, character, and light dances in time with the electric music, the Baroque Hoedown. The Baroque Hoedown has accompanied the Main Street Electrical Parade since it’s debut in 1972.

Perhaps in another decade, the parade will return once more. Or maybe Disney has planned something much more exciting to put in it’s place.