Are you going to Walt Disney World? This is for you. 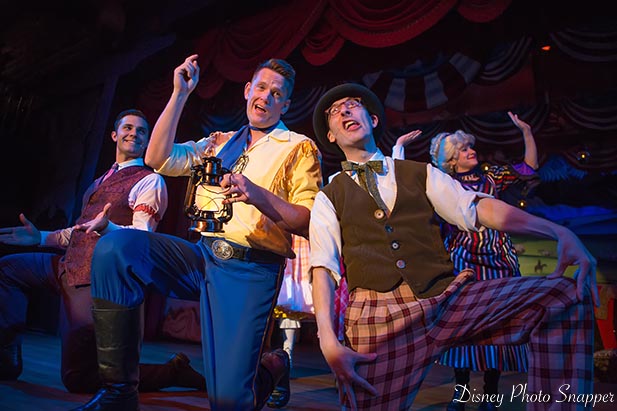 There’s a lot of chatter around the Disneysphere about how hard it is to plan a vacation to Walt Disney World. If you listen to some people you’d think planning a WDW vacation was like performing brain surgery. (It’s alive…)

A few weeks ago, at church, our preacher was talking about some topic that I didn’t pay attention to (I really did Phil, I’m just saying that), but he mentioned there is always one big truth that you have to remember. That really hit home with me. The One Big Truth. In fact I wrote it right down, right there on my bulletin. I did change it up just a little. I wrote The One Big Truth about going to Walt Disney World…

I probably quit listening to the preacher and thought about the One Big Truth about Walt Disney World.

What could it be? Then the light came on. Duh, I got it. I figured it out. There is One Big Truth when you talk about a Disney World Vacation.

Dad is such a great guy, I’ll share the One Big Truth about going to Walt Disney World right now. Here it is. Are you ready? This is big…

The One Big Thing about going to Walt Disney World is…

Did you get that? You’re going to be at Walt Disney World. The Most Magical Place on Earth.

So when you hear the Brain Surgery chatter about how hard it is to plan a WDW vacation, or how bad the changes to the menu at (insert your favorite restaurant here) are. (Except when Dad complains. When Dad complains about a menu there’s really a problem.)

When you hear about a ride closing, it’s not the end of the world! Really. YOU ARE GOING TO WALT DISNEY WORLD!

Brain Surgery? Really…  Let’s get real. A WDW vacation is not supposed to be brain surgery, or rocket surgery, or any other kind of surgery. It’s really not all that hard. In fact Dad thinks a WDW Vacation is SImple, it’s Fun and it’s truly Magic.

Yes, the One Big Thing is a big thing. It’s something to remember when things don’t go exactly the way you expect.

YOU ARE GOING TO WALT DISNEY WORLD!!!!!