The Gran Fiesta Tour Starring the Three Caballeros (say that twice fast) is one of just two rides in the World Showcase section of EPCOT. Like it’s partner a couple of doors down, this ride is cutsey, but not classic.

Grand Fiesta “replaced” the El Rio de Tiempo (the river of time) a few years ago. Replaced is not quite the right word. The Caballeros were added and the name was changed but most of the elements of the original ride are still there. 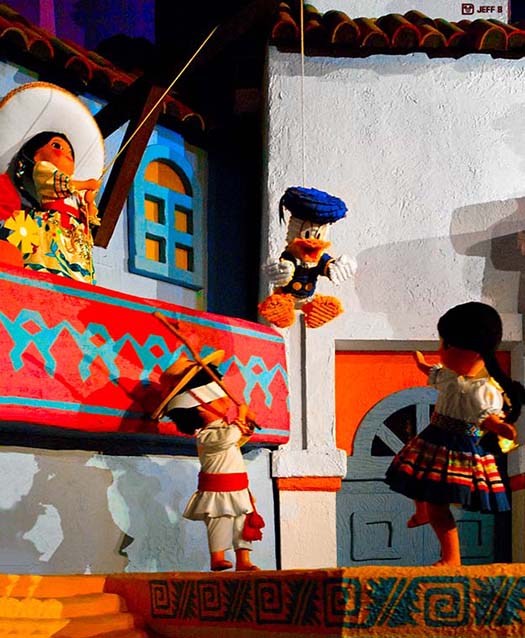 This ride has to have the best waiting area in all of Disney World. The line snakes around the San Angel Restaurant in the Mexico Pavilion. The Mexico Pavilion is a big open area that has a big pyramid in it that belches smoke from time to time.

Remind you of anything? 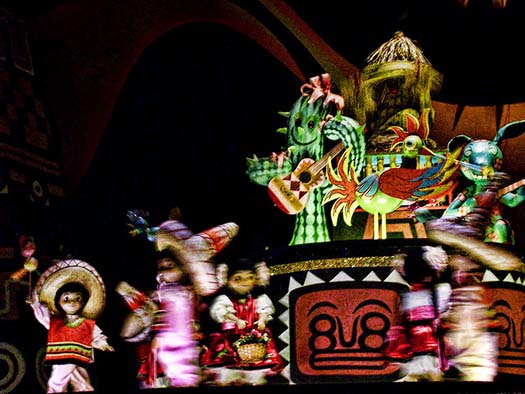 Climb aboard a small boat for a ride through a tour of Mexico. Every couple of minutes you see a different scene. In the beginning of the ride the stars introduce themselves. There’s Ponchito Pistoles and Jose Carioca. The have to look around for the third member of the team, Donald Duck.

Things get a little interesting as the group tours some of the most interesting places in Mexico.

You get off about the same place you get on. 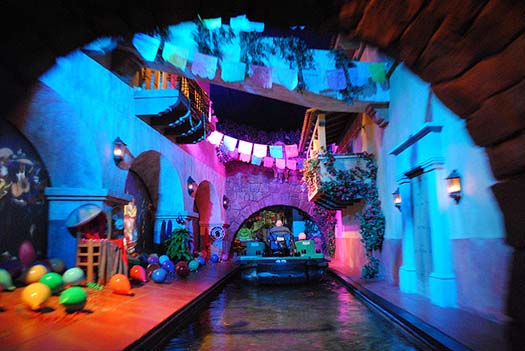 This attraction under this name opened April 2007. It “replaced” the old El Rio de Tiempo which originally opened in 1982. Really Disney basically just added Donald and the boys to the old ride.

Guests either love this ride or are indifferent to it. It’s kinda cute, but it’s not high-tech. It’s very much like it’s a small world without the annoying song that gets stuck in your head.