Let’s talk about the three things I love about Disney’s Pop Century Resort, my home away from home. 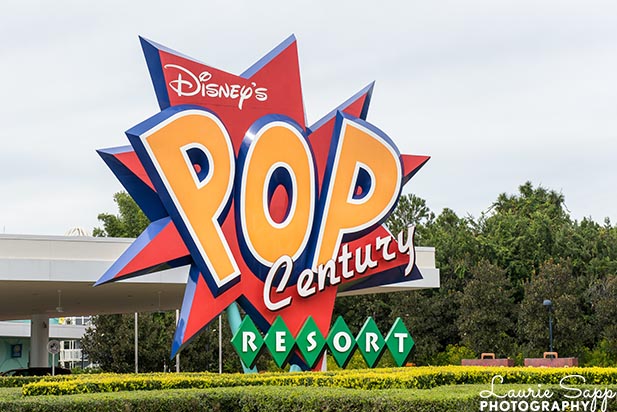 Anytime I go to Orlando for business, and I’m by myself, that’s where I tend to stay. When I take Mrs. Mom, we try other hotels out, but when I go by myself, I stay at the Pop Century. When we took the whole family a couple of years ago, me and Mrs. Mom, the Princess, and her Prince Charming, the Man-Child and his Southern Belle, when we all went together, we stayed at the Pop Century. It’s been our go to place for a long time. 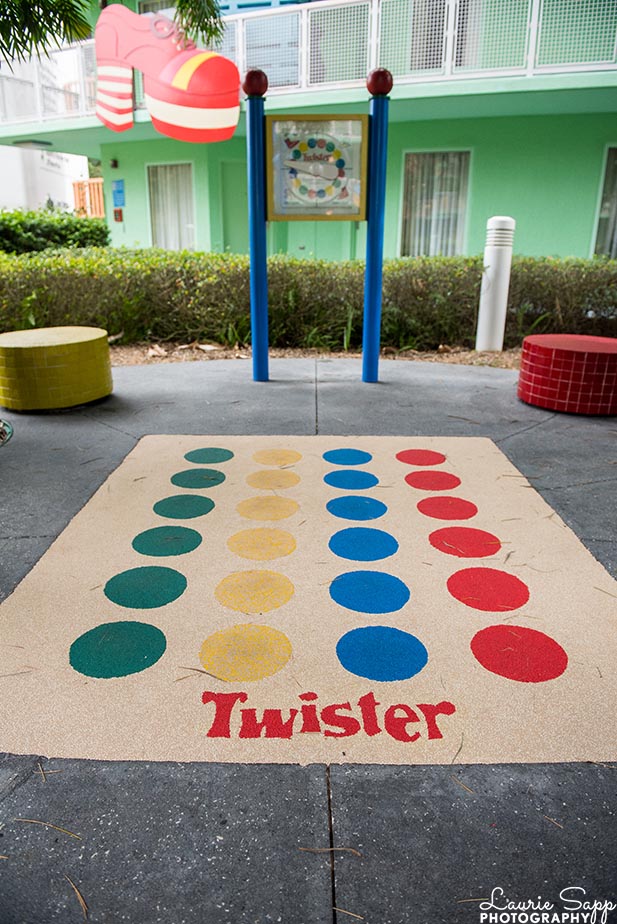 Who wants to play Twister? – Photo by Laurie Sapp

Why do I love the Pop Century? What do I love? The first thing is just the feel. The atmosphere. The music is playing in the background. The nostalgia. You walk out of Everything Pop, and the first thing you see the is the 60s building with “groovy” and “hip” and all those peace symbols and the yo-yo and just all those things I grew up with. I was born in the late 50s. 60s was when I was a little kid, so the 60’s area reminds me of my childhood. I just love that feeling of the Pop Century.

The second thing I love about the Pop Century is the price. When the six of went, we got three rooms and those three rooms cost just about the same as one room at the Polynesian, so the price just can’t be beat. Well, it can be beat, but not really onsite. 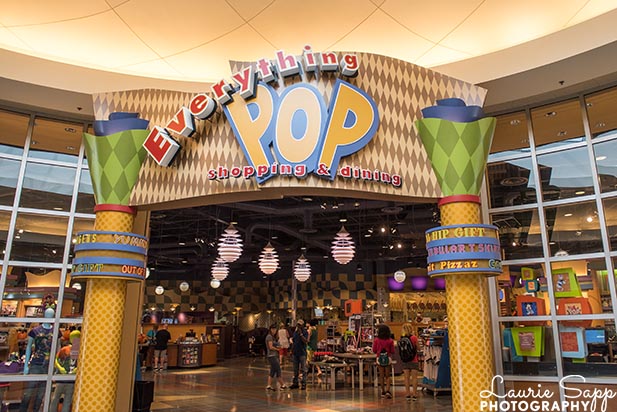 Oooh, I love Everything Pop – Photo by Laurie Sapp

The third thing is Everything Pop. The food court area and the gift shop area of the Pop Century is called, Everything Pop. Everything Pop is just fun. I love going in there in the mornings especially early before a lot of people get there.

I love going in there in the mornings, grabbing my omelet , grabbing my breakfast, going and sitting down by myself, watching the Disney Channel or Disney, Jr., whatever’s playing on the TVs and watching people come in. Watching families come in and the smiles on their faces and seeing the dads taking care of the kids and the moms and the grandparents taking care of the kids and it’s just fun to watch.

I know you can see that everywhere, but it just seems like Everything Pop has a feel because more families. They’re coming to their tables, there’s not any waitresses … kind of a younger crowd. We ate over at Olivia’s in Old Key West. Great food, love eating there, but the crowd there was older couples, like us, so it’s just that vibrance and that energy that goes on at Everything Pop.