The Tomorrowland Transit Authority is one of Uncle Walt’s most unique creations. Walt looked at is as the mass transportation system of the future. This was one of the first commercial uses of linear synchronous motors. (Now they power things like Rock ‘n’ Roller Coaster.)

That’s my Uncle Walt, (yeah, I know he’s not really my uncle) slightly ahead of his time. 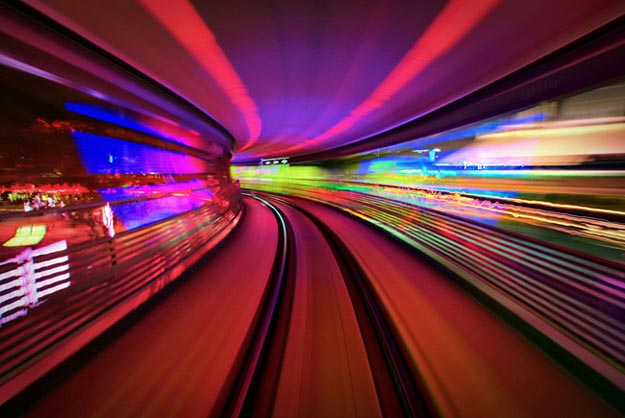 The people mover of the future – Joe Penniston

The track on this ride circles the Buzz Lightyear side of this land. You get a great view of some of Disney’s Timeless attractions.

There is not much of a preshow. Riding up the escalator can be an interesting experience.

Crowds? What Crowds? This is one of the few rides in Tomorrowland that doesn’t draw long lines. You can pretty much walk on to Tomorrowland Transit Authority at most hours of the day.

But, if you want to avoid crowds while at Walt Disney World you need a good plan. Touringplans.com has over 100 plans to help you get through the parks with the least amount of waiting in line. They’ve even got a smart phone app that will tell you the up to the minute length of every line in the parks.

Uncle Walt wanted to design a pollution-free transportation system for the masses. He developed a new technology that uses magnets to power cars around a track. The amazing thing is this was almost 50 years ago. In the last 10 years this technology is starting to be used commercially. (Dad talks about Uncle Walt’s genius and the Tomorrowland Transit Authority.)

It’s amazing to watch how the continuous loading system works. the trains come together, then separate as they enter and exit the ride track.

Once you board you start your journey around the Magic Kingdom by entering Space Mountain. You get a quick peek at the inside, then you come back outside and get a unique look all around Tomorrowland.

WARNING: It’s very dark in parts of this ride, which might be a little scary to small children. 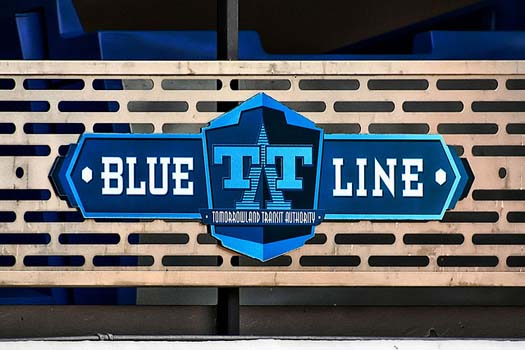 The WEDWay (Walter Elias Disney) People Mover opened on July 1, 1975. It was renamed to its current name in the spring of 1994. It was based on the Disneyland ride that used rotating tires to propel the cars through the ride.

At Disneyland the cars were covered, while here the track is covered.

The WEDWay People Mover has stayed pretty much the same through the years. It’s still way ahead of it’s time. Send the kids to Space Mountain and enjoy a relaxing trip around Tomorrowland.