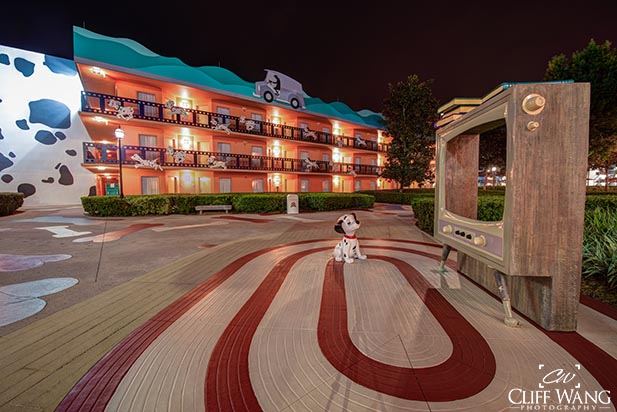 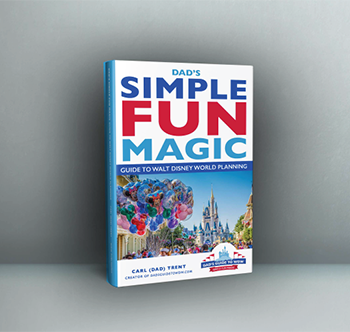 When Dad’s book comes out in August, one of the things we have is a bunch of bonus content. One of our pieces of bonus content is , The Ultimate Guide to Walt Disney World Transportation. It’s a eBook about how to get around at Walt Disney World. In that book, we have little maps, little pages, where we talk about how to get from all the resorts. I printed out the wrong one. I printed out the Music instead of the Movies, but it’s the same way, because you do the same thing. 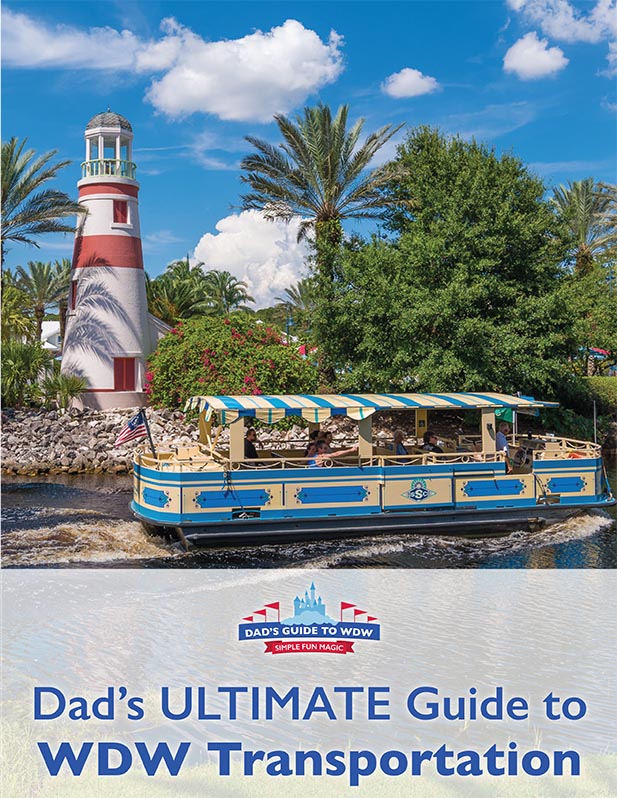 To get from the All-Star Music Resort, or Movies Resort, or Sports Resort, to the Grand Floridian, that’s pretty easy. Like you say, you take bus to the Magic Kingdom. You don’t have to walk over to the Contemporary. I wouldn’t walk all that way. You can walk right over to either the monorail, which is just a short walk, but it’s not nearly as far as the Contemporary. Walk over to the monorail.

You can get right on the monorail at the Magic Kingdom and take it all the way around to the Grand Floridian. It will be the last stop before you get back to the Magic Kingdom. Or you can get on one of their boats, their little launches and take the launch to the Grand Floridian. That’s a cool little ride. I love riding the launches around Seven Seas Lagoon. It’s just fun.

You can take the launch or the monorail around to the Grand Floridian. That will take 45 minutes to an hour or so total.

The other one’s are going to be a little harder. Like you said, the Beach Club’s going to be harder, because there is no direct transportation. You have to go to a park to get from hotel to hotel. There are no hotel-to-hotel shuttles, bus service. If it’s not one of the monorail hotels, then you’re going to have to take an intermediate step.

I would suggest you either go to the Animal Kingdom or Disney’s Hollywood Studios. Whichever bus comes first, that’s the one I would hop on. Then you get the bus to the Beach Club.

The alternative would be to use Uber. Uber costs between 7 and 25 bucks depending on how far you go and what kind of car you want. You can look at the Uber app and see how much it would cost. You’ve also got taxis. All the hotels have taxis waiting where you can jump in a taxi. Probably a little more expensive to go in a taxi. It’s still pretty cheap. It’s around 20 bucks to go from hotel to hotel at Walt Disney World in a taxi. 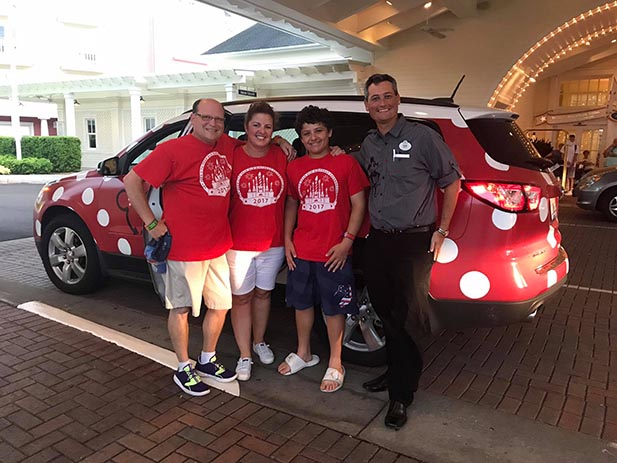 Josh from CelebrationShirts.com gave a Minnie Van a try

OR… You can take a Minnie Van! Disney just started their Minnie Van service. For $20 per trip you can go in style between hotels, parks and any other Disney destination inside WDW. It just looks cool.

Those are the options for you. Getting to the Grand Floridian, pretty simple. Take 45 minutes, maybe an hour. Maybe less, if you get lucky. Going to the Beach Club, it will take a full hour and maybe longer. I hope that helps, Maridonna. I hope that answers your question, and we’ll talk some more on Facebook.