Hi Dad,
Can you give me an idea of the approximate travel time from Port Orleans French Quarter to the Parks? We are wanting to take full advantage of the extra magic hours but don’t want to be waiting for the “gates to open” for 30 minutes with 3 children under the age of 8. We will be traveling mid-March and using the Disney Bus system for our transportation Any help you can give me would be greatly appreciated!!

At least you don’t have to ride a horse 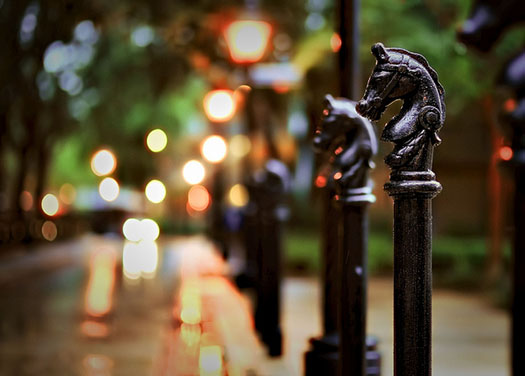 Wow, that’s a tough questions. Now I know all of you out there are thinking, hey Dad, what’s so tough about how long does it take to get from Port Orleans to the parks? Let me tell you what makes it tough …

It doesn’t matter how good the bus system is, it just has too many people to move around to too many places. With 25+ hotels, 4 theme parks, 2 water parks, 2 entertainment districts, there is just too much to cover to be really effective. (Which is why I always recommend a car at Disney World).

OK, enough of my rantings, time to answer your question. Driving time from Port Orleans to the parks is

There are a couple of variables that can really effect your travel time when it comes to buses. Number one is how long do you have to wait. This can range anywhere from no time at all to 30 minutes. (Disney buses are supposed to run about every 15 minutes but stuff happens.)

The other variable is do you have to go through Riverside? Port Orleans French Quarter buses typically will pick up passengers and then proceed to the Riverside bus stops and pick up more passengers. Riverside has 3 bus stops. This can add up to 30 minutes to your commute. This is pretty much the norm, so you have to plan in the extra time. The good thing is during Extra Magic Hours is it doesn’t take quite as long to get around. Depending on when you’re going most people won’t get around that early, but also the buses don’t run quite as often.

Here’s what I would plan –

During busy seasons (which includes mid-March), I’d add another 20 – 30 minutes. That should get you there about at the opening time if you don’t have to wait too long.

Yes, you might end up waiting at the park for 30 minutes, but that’s better than being late.

Kara, Disney buses are amazing and frustrating at the same time. They will get you there, but figuring out when is sometimes pretty tricky.