Well it’s a good thing that Star Wars Land and Toy Story Land are coming to Disney’s Hollywood Studios because with the news that came down the pike today, I think I would have completely lost it if there was nothing to fall back on. 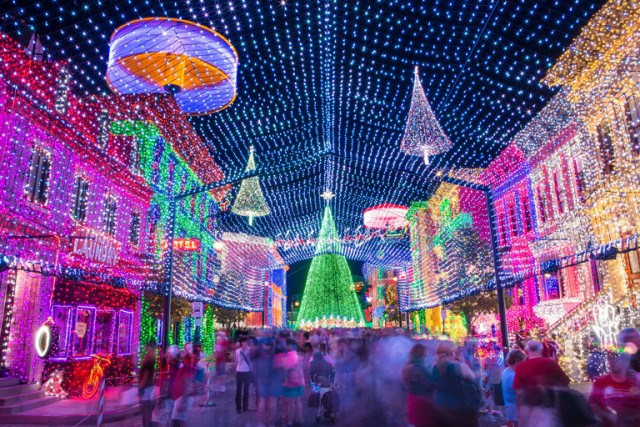 Today it was announced that The Osborne Family Spectacle of Dancing Lights will be going dark after this holiday season.

Millions of lights have decorated the Streets of America (and originally Residential Street) since 1995 in this festive Christmas display. In order to make room for the great new things coming to the Studios, the lights are being eliminated. The removal suggests, although it wasn’t directly stated, that the Streets of America are going bye-bye as well. So if you have some flexibility in your schedule, it might be

time to book that last minute holiday trip to bid adieu to the beloved Christmas display.

Give Dad’s friends at Destinations to Travel a jingle and they’ll get you on your way!

I know there are many big fans out there that are very disappointed to hear this. But I trust Disney and I would be willing to bet that once the new lands have arrived, some kind of spectacular Christmas display or event will make it’s way to the Studios.

Simple: The Osborne Family Spectacle of Dancing Lights are going away so this is your last Christmas season to see it.

Fun: There’s nothing more bright and cheerful to get you in the holiday spirit.

In other sad Studios news, Inside the Magic is reporting that Mulch, Sweat, n’ Shears, the lively band that performs from a landscaping truck, will have its last performance on October 10th. The band is witty, fun, and can really rock! If you have the chance, make sure you stop and see them before they’re gone! (**Disney has not officially announced this closing yet, but Mulch, Sweat, n’ Shears announced it on their Facebook page.)