“Hi Dad. I was planning a trip to Walt Disney World next November. At this time, as a matter of fact, the 10th through the 18th in 2018. I heard crowds were pretty low then, but my daughter is there now and she said it’s pretty crowded right now. Some waits of an hour or so. Have the crowd patterns changed? Please let me know what you think. Thank you, Nancy.” 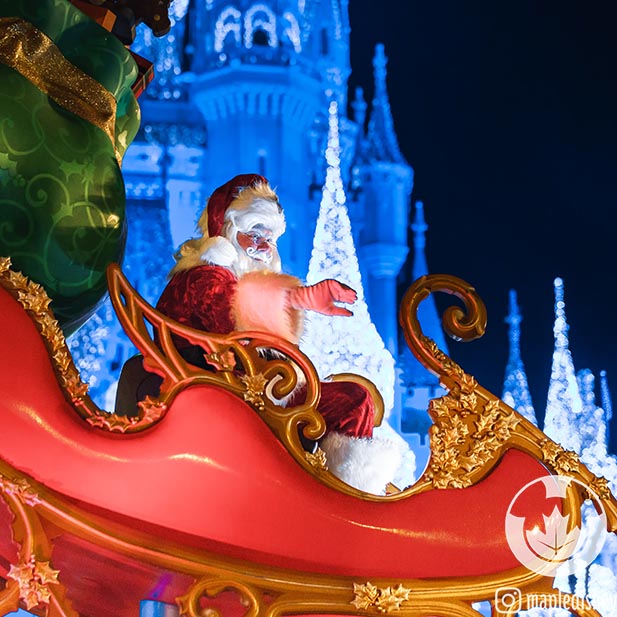 Blame it on Santa – Photo by Rich Ramos

Nancy, crowd patters at Disney World have changed. There’s no doubt about that, through the years. But, when we’re talking about November, especially around the 10th, it’s all about what day of the week is Veteran’s Day.

November the 11th is always Veteran’s Day. The holiday is always November 11th, so if that’s a Tuesday you don’t have any crowds. Wednesday especially. When it gets to be a Monday or a Friday or a Saturday or Sunday and people get three day weekends, because of Veteran’s Day, then that does tend to bump up the crowd levels for the weekend.

Jersey Week is back

Right before that is Jersey Week and this year Jersey Week crowds were up considerably. Especially, over last year and the year before. The pattern has been moderate crowds this year … Upper moderate to heavy crowds. So, yes. When your daughter was there, the crowds were big.

And that’s going to be true next year over the weekend. Next year, let’s see, I wrote it down. Next year Veteran’s Day is a Sunday, so the 11th is a Sunday. The 10th is Saturday, so the 10th, the 11th, the 12th, Saturday, Sunday, and Monday, crowds will be pretty big. Moderate to heavy moderate. Not out of control, but moderate to heavy moderate. And then Tuesday that will come down from that point on.

Blame it on Christmas

Another thing that influenced crowds around the 10th this year was the “official” beginning of the Christmas season was the 9th. The first couple of days of Christmas events brings out lots of locals.

The last few years, the Christmas events have started a couple of days earlier. I do see the same pattern for next year with the first “official” day of Christmas being the 8th or so, so that first weekend will be busy.

The end of your trip will be very nice. Not crowded at all. This week (the week after Veteran’s Day) the crowds are between light and moderate. That’s what you can expect next year. Weekend big crowds. Then, they’ll come down after the weekend.

The bottom line, yeah there has been a little change in pattern but not really. This has kind of been the pattern. November used to be a little slower than it is now, but that’s pretty much true of all months.