“My 6 year old daughter is battling cancer and was granted a make a wish trip. We are thinking November or December as she is expected to be in remission and this will give her some time to gain her strength back up.

After reviewing your best weeks to go do you think the week after Thanksgiving will just be too packed? Keep in mind with wish trips we get unlimited fast passes but at the same time we don’t want to be cramped walking around the park.

Another time we were thinking was Veterans Day weekend, but heard not all decorations are up yet. Is this only true for the monorail resorts and the other parks, but MK is in full décor?

Out of those two scenarios what do you think would be best? Would you suggest any other weeks besides your #1 choice? Would Pop Warner be busier than the week after Thanksgiving?

Thank you in advance. Mike”

Praying for Your Daughter

Mike, first off let me say, a sincere, we’re really sorry about your daughter’s problems. I hope, sincerely, that the treatments work, and that when she starts her recovery that December is a great time for you, and she just gets stronger from there. That’s our hope, our prayer. 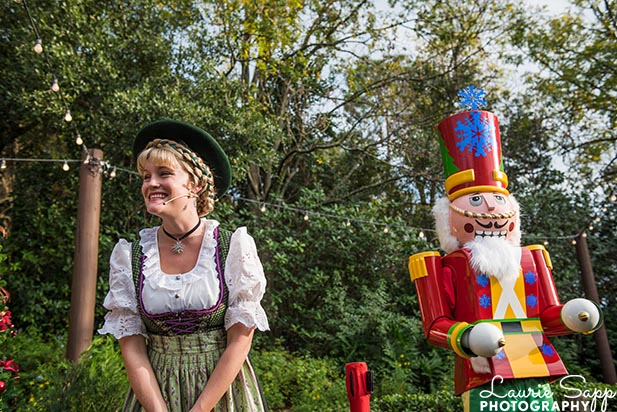 The weekend will be busy. Friday, Saturday, Sunday, Monday will be very busy, heavy crowds, maybe moderate, but heavy crowds that weekend. After Monday, the crowds go away. Tuesday, boom, crowds not gone, but they pale off really quickly. By Wednesday, it will be nice and quiet, at least I hope so because I’m going to be there. I’m going to have a party on Tuesday.

The Week After Thanksgiving

When you talk about decorations, the parks will all be decorated. They’re all decorated by Veteran’s Day because the first Mickey’s Very Merry Christmas Party is on the 8th this year.

The weekend, the resorts might be in the process of getting decorated, but they wouldn’t be up yet. Typically, that week after Veteran’s Day is when the resorts start putting up their decorations. So the resorts, the hotel, wouldn’t be decorated yet. But the parks, all the decorations would be up.

The week after Thanksgiving, all the decorations are up, plus you have the Candlelight Processional, and all of the Festival of the Holidays start at about that time. They typically start the day after Thanksgiving.

Dad’s Festival of the Holidays page

The bottom line is, I hope you have a great trip. I hope your daughter gets better. I would highly recommend you go the week after Thanksgiving.