The Walt Disney World Railroad is a tribute to Uncle Walt’s love of trains. It’s also a great connection to the past and a great way to get around the Magic Kingdom.

Somewhere around 1.5 million people each year ride the train around the Magic Kingdom. 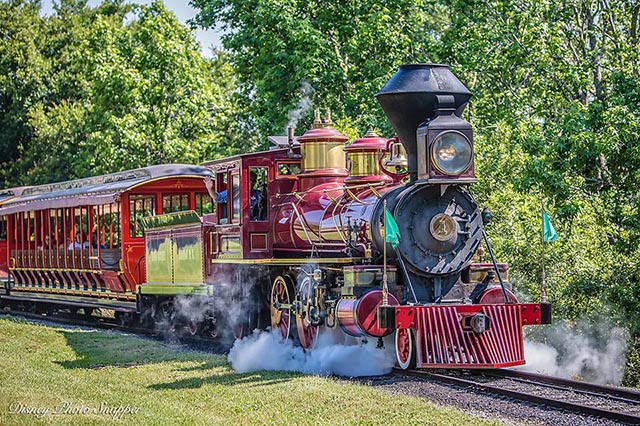 There are 4 engines on the railroad. They are –

The engines were built in the 1920’s and were used mainly in Mexico and South America. In 1968, Disney scouts led by Roger Broggie found 5 engines (1 wasn’t recoverable) in the Yucatan and purchased them and brought them to America where they were refurbished in Tampa at the Tampa Shipyards.

The four engines went into service when Disney World opened in 1971.

This way to fun 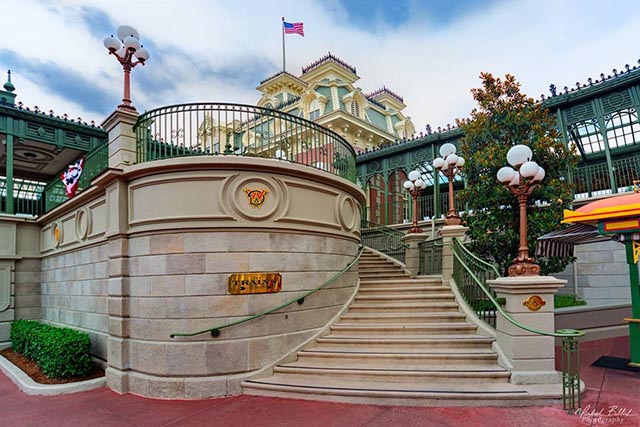 The track for the Disney World railroad, runs around the outside of the park for the most part. It is a mile and a half long. It is a narrow gauge track (the rails are 3 feet apart). It takes about 20 minutes for the train to circle the park.

There are three stops on the line. The main stop is Main Street. There are also stops in Frontierland and now at the new part of Fantasyland.

There are several special scenes built especially for the railroad. When you pass under Splash Mountain you’ll see some of the ride, and there is an Indian camp set up between Frontierland and Fantasyland.

The opening of the Magic Kingdom 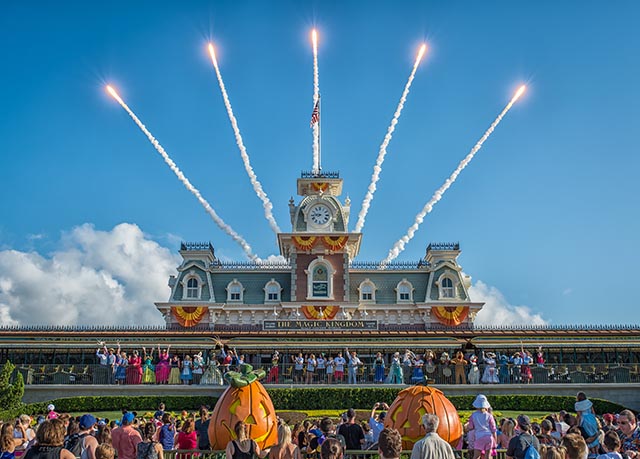 A great way to start the day

On selected days Walt Disney World Railroad stars in the Opening Ceremonies for the Magic Kingdom. About 10 minutes prior to opening time, a ceremony is held at the just outside of the entrance to the Magic Kingdom right at the Main Street Station. During the ceremony the train brings Mickey and friends to open the park.

There’s a little singing and dancing and a countdown to the park opening. It’s pretty cute. Check it out.

Working with model train was Uncle Walt’s favorite hobby. He molded that hobby into a wonderful attraction. Everyone should ride these wonderful machines at least once on every trip.