Are you a runner?  What better way to get your morning started in Walt Disney World, even before your first cup of coffee, than a jog around your resort?

At the EPCOT Resort Area hotels mentioned above (Disney’s Yacht & Beach Club Resorts, WDW Swan & Dolphin Hotels, and Disney’s BoardWalk Inn), there are many different WDW running paths for you to run along.  For the best scenery, I love to jog around Crescent Lake.  This loop is .8-miles long. There isn’t another feeling quite like that around each of these five beautiful hotels early in the morning, especially Disney’s BoardWalk. 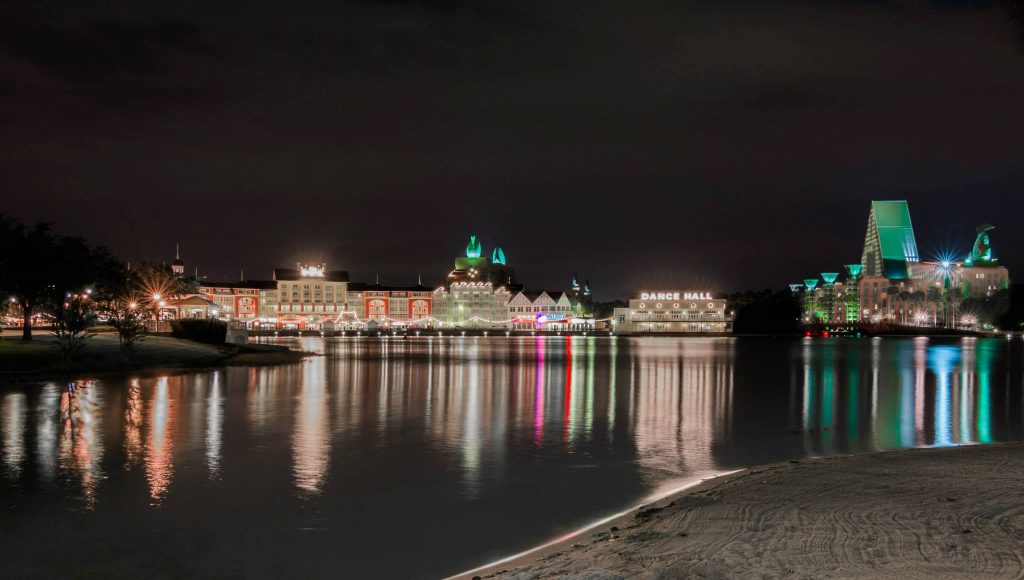 The Boardwalk is really cool at night – Photo by WDW Shutterbug

Seeing Disney’s BoardWalk so calm is very unique because it vibrantly comes alive each and every night.  But, I’d have to say it’s the sounds here that give it that extra special touch.  Between the 1940s ambience music, to the sound of the Friendship boats heading to the other resorts around Crescent Lake, as well as EPCOT and Hollywood Studios, I can’t help but be captivated by this incredible area.

Oh, and don’t forget to grab that cup of coffee at the BoardWalk Bakery when you finish up your run.

If you want to find an even more challenging trail, that can also be found at the EPCOT Resort Area.  There’s a 4-mile long path that leads you right up to the entrance of Disney’s Hollywood Studios!

You can find this path beginning from the Swan & Dolphin Hotel.  It also runs along the backside of Disney’s BoardWalk Inn and Villas.  One of the coolest parts of this trail is the prime view of The Twilight Zone Tower of Terror you’ll have while jogging.

The trail’s endpoints are next to Mikala Canoe Club Marina at Disney’s Polynesian Village Resort, and in front of Disney’s Wedding Pavilion at Disney’s Grand Floridian Resort & Spa.  At points along the way, you’ll have a great view of the Grand Floridian, Bay Lake, Polynesian Village, and best of all, Cinderella Castle.  If you’re jogging when the Magic Kingdom is open, you might be lucky enough to hear the WDW Railroad’s whistle in the distance.  This trail is about one mile long.

These are just a few of the running trails that you can find at WDW.  The rest of the hotels here that have jogging pathways are…

Which resorts in WDW are your favorites to go jogging?