“I’ll be traveling with the wife and six and nine year old kids. I have Early Magic Hour privileges and a Park Hopper Pass so I was thinking about taking advantage of Extra Magic Hours a little bit until after the park opened to the general public and then go to a non-Magic Hour park to avoid the post-Magic Hour crowds.

When reading posts about transportation headaches getting from park to park and considering the travel time between parks, it may not be worth it. When the I’m at Walt Disney World the Extra Magic Hours are Animal Kingdom on Monday, EPCOT on Tuesday, Magic Kingdom on Friday.

Given this schedule, would it wind up being a waste of effort to start our day Monday with the Magic Hour at Animal Kingdom, stay there until 9:15 or so, then spend the rest of the day at Hollywood Studios? Then on Thursday start at the EPCOT Extra Magic Hours, then go until 9:15 or 9:30, then head to the Magic Kingdom, et cetera, et cetera? Thoughts?” 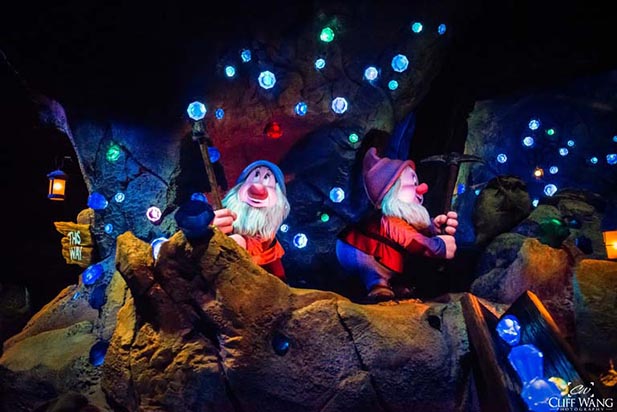 Damian, I think you might of gotten just a little bit of wrong impression about the post-Magic Hour credits. We were just at Walt Disney World two weeks ago. It was a moderate crowd week. There were moderate crowds pretty much every day. We did a lot of Extra Magic Hours and what I would notice is yes, Extra Magic Hours you’re there by yourself. 9:00, when the park opens, you’re kind of by yourself.

I’ve talked about the Nine by Noon Challenge. You can do the Nine by Noon Challenge at the Magic Kingdom, nine attractions between park opening and noon, even when the park opens at 9:00 without Extra Magic Hours. It’s doable. A lot of people have done it, so, hopping from park to park at 9:15 in the morning, not a good idea. Not a good idea. Don’t spend prime touring time on a bus or a monorail changing parks.

That’s kind of a rough time for transportation because they’ve got all the incoming guests. It’s just not a good time to be moving between parks, so I’m not a fan of park hopping between parks at 9:00 in the morning. At noon, 1:00, 2:00, yeah, that’s fine.

What I would suggest is you go to the parks’ Extra Magic Hours, fine, great. Spend the morning riding the rides and then lunch, maybe see if there’s an afternoon parade, like the Magic Kingdom seeing the afternoon parade. Go back to your hotel. Take a little break. Then come back or go to a different park in the evenings.

The bottom line is you might be overthinking things a little bit. You’ll have at least half a day before the crowds get too bad unless you go on Christmas week. That’s a whole different story.