Just wondering what are your thoughts on the crowd levels at WDW during the Wine & Dine Half Marathon? We are planning a trip November 7-11, 2013 and are concerned with the infamous “Jersey Week” crowds and the marathon that is taking place that weekend. Would we be better off scheduling for November 5-9,2013? Any advice is appreciated. 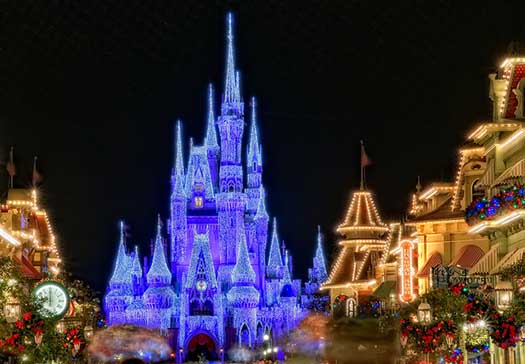 First, I’ve got to say that for the most part “Jersey Week” is a hoax. Yes, I said it, it’s a hoax. The crowds go up about 5% or less that week. What does that mean? It means lines are 5% longer. So instead of waiting 10 minutes in a line, you might wait 11 minutes. Whoopee.

I’ve talked about this a time or two, and I’ve always been proved right. (Read Dad’s Jersey Week post here.) Jersey week is a fiction brought on by people who just want Walt Disney World all to themselves.

OK, maybe I’m exaggerating a bit, but for the most part, the crowds during Jersey Week just aren’t anything to worry about (compared to the week before).

Now about the Wine and Dine Marathon Crowds, runDisney has be hugely successful at taking very slow periods of time and bringing in several thousand runners. But here’s the big thing about runners, they don’t spend a lot of time in the parks (for the most part). They really don’t affect crowds levels very much and race day, the run then they rest.

Did you know the Princess has a whole article in WDW Magazine’s Fall Edition about the Wine and Dine Half Marathon? It’s pretty good. Check out WDW Magazine for some great information and beautiful pictures.

Will crowd levels go up a bit? Sure, a little bit (again that magical 5%), but not really enough to notice.